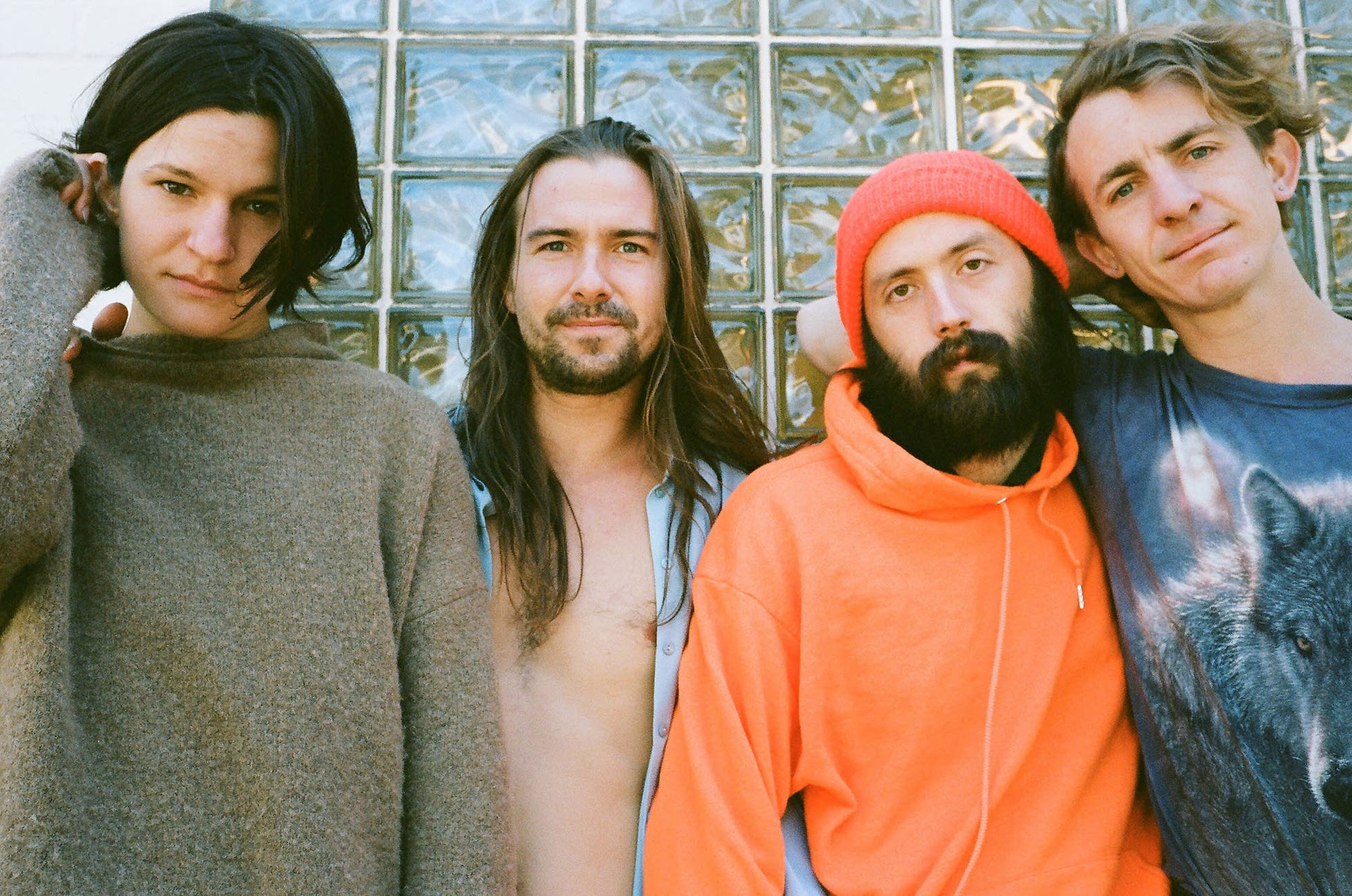 Big Thief is a deep, melancholic and sometimes dense band. But there is no darkness in its sound. Even, a little light peeks into their songs thanks to the sensitivity and emotion of the conjugation of the lyrics of Adrianne Lenker and the rest of the band.

The group, formed in Brooklyn in 2015, is capable of thrilling with songs like ” Paul ” or ” Masterpiece ” from their first album released in 2016. The incredible harmony of Lenker with his guitar and lyrics can find an origin in his strange childhood and youth, linked to a religious cult forced by his parents.

After running away from it and deciding to make music on his own, Lenker meets the uncomfortable and talented Buck Meek , the neo-country guitarist with whom he founds Big Thief.

Big Thief’s third album UFOF creeps up on you. Unlike their previous LPs — 2016’s Masterpiece and 2017’s Capacity — on which sweet-n-sad folk-rock wrapped you in a warm embrace, UFOF sends a shiver down your spine in its simplicity. The album is 43 minutes of gentle, crackling coos from Lenker about what lurks in the unknown (the final “F” in “UFOF” stands for friend). The impact is so quiet you might miss it, but it’s revelatory enough that you can’t escape it.

On the album’s first track, “Contact,” Lenker gently calls out for help from someone named Jodi: “Please turn the pages for me / you seem so free / you know I’m barely, barely…” This song primes the listener for what to expect: an album full of questions, a band seeking answers. It continues on to songs that deal with signature Big Thief themes of love, loss and longing. But this time they seem to move further away from themselves, asking listeners to step into the abyss with them, to come along for the ride as the band searches for a higher meaning.

It can be easy to find yourself lost in the album, songs blending into one another, Lenker’s voice slipping in and out of consciousness. The title track  introduces the concept of aliens, “There will soon be proof / that there is no alien / just a system of truth and lies.” Then comes, “Cattails,” a love letter to aging and the beauty of time passing. And by this point you’re so spellbound by acoustic plucking, ringing amps, and Big Thief’s mystical songwriting that you’re either crying or swaying or, more likely, both at once.

For a moment, on the album’s sixth and most powerful track, “Orange,” the spell is lifted. Lenker has reserved the depths of her voice for this track and finally emerges from a hush to a howl. “Can I close and open once again? / The question that I ask for reassurance.” The next few songs mellow out, but grow more and more haunting. On “Terminal Paradise,” the circle of life and death is examined: “Let me rest, let me go/See my death become a trail/And the trail leads to a flower,” she sings. Then, on the chilling “Jenni,” a ghost fills the space. “Jenni’s in my room,” sings Lenker, over and over again, and as her voice distorts and feedback amplifies you can feel yourself tense, begging to not look under your bed where your very own Jenni may lurk.

Finally, on “Magic Dealer,” the band looks in the mirror and reflects upon what is they are actually searching for, asking their final questions. “Would it hurt? Would it hurt? / to be nearer?” and “Would it help? Would it help? to go deeper?” As the album comes to an end they wonder have they done enough? If they’ve gone so far, is this all there is?

UFOF was made in rural Western Washington in a cozy cabin-like studio. You can almost hear the rainy days and star speckled nights. But mostly you can hear the transcendence of Big Thief as they grapple with characters who come and go, not knowing if they will ever be back, bravely embracing death, and revealing a vulnerability that becomes their biggest strength. Though they travel through the darkness spellbound by life’s biggest mysteries, they manage to emerge more at peace than ever.