Recently I’ve spent a lot of time on politically active sites. I signed up for the free memberships so I could comment on the articles. In doing this, I’ve been able to get a good idea of what “some” people are reacting and responding to. Granted, the whole population isn’t reading and commenting on the New York Times and the Huffington Post, but a lot of people visit the sites. I read that around a third of the nation gets its news from the internet. I get my news from the net. I can read and watch all the network news. Watch cable channels like One America News or The Blaze. I can read Glenn Greenwald’s articles on TheIntercept.com. I can read what Larry Summers says. So I spend a good deal of time each day reading and listening to people. The people I’m most interested in aren’t the ones writing the articles and making the headlines. After all, I never know who’s lying or what any of these peoples secret motives or ambitions are. But the comments, that’s completely different, they leave no doubt as to what they think and feel. That’s what I want to write about today.

As far as our government goes, as far as they might make things better, I have no faith. I think the best thing for the government to do is – Stop. Whatever you’re doing, whatever you’re thinking – just Stop. But what about – No. But we need to – No. Stop, No, No, sit down, be quiet, No. That wraps up my opinion of “The State.” But what about the opinions of the whole? The nation of people? What I repeatedly see with way too many people is their loyalty to a political party. With every single party adherent I’ve run across, critical thinking is missing.

This is, nowhere more blatantly, obvious than in the recent transition from the last elections. My reaction to the gathering in the park on the night of the presidential election was the same as my reaction to the coverage of the Iraq bombing. I sat there and thought – wow, this is weird. Here they were, shoulder to shoulder, thousands of people with tears in their eyes, overwhelmed by the appointment of a total stranger. The self-generated intimacy was baffling. In the end, I can only find one reason for this behavior. It has everything to do with an emotional attachment to a political party. A political party that, in all but name, doesn’t exist. Political parties are irrelevant.

What stands in the way of eliminating this problem are political parties. Not necessarily the elected officials, but the public party partisans. I’m convinced that no Democracy can function well when its people are attached to a certain party. Not that we have a real Democracy, but we have the ability, for now, to exercise democratic power. We, as a nation, still have the ability to save ourselves. What will stop this, as sure as the sun will rise tomorrow, is public party advocacy. The party activist will bring the rest of us to ruin. Either it stops, or it’s over. We will be, a nation, no more.

Here is the fascinating part of the whole game. As a people, as a majority, we don’t disagree. Another thing I notice when I’m cruising these sites is the polls. More specifically, the poll questions. They are, for the most part, pointless, because they are unanswerable. They are at best, misleading in there results. There was a question on a particular article yesterday that read, “Do you think she should either apologize or resign?”…Yes or No? Huh? Most people, who think, can’t answer that. There are a few people who can answer it. They are the ones who agreed 100% with the author of the article. So the results will read Yes 95% – No 5%. So what? How many people couldn’t answer? Most? This is representative of most polls I’ve seen.

Besides, I’ve never been asked to participate in any major polls. I’ve read some and seen the numbers they poll. Not very many. Do you want a real poll? Put it on the internet and ask real questions and leave a box for writing in your answer. Here’s an example: When should Abortion be used: (Write your answer here). When should we go to war: (Write your answer here). Now if this poll was available, we’d know something – about ourselves as a nation.

But if you’re a political machine, this type of poll would be political suicide. Doesn’t matter what party you work for, it would still be suicide. As long as the government controls the people, a poll of this type will never be officially recognized. As long as people belong to a political party – they will only follow what is approved by, what they believe to be, “their” government.

I used to sell stuff. This is how I used to do it: Would you like to buy this…It will poison you…No? OK, how about something that will make you feel good?…Yes, great! The way that all good salesman get people to buy things is by getting people to say yes. They want the people to agree – on anything. Once we start to agree, we’re going to do something together. Something is going to get done.

Government is not trying to do something with us. If they were, they would let us see where we are in agreement. They would make it clear that the people from this party or that party didn’t – really – want different things. What the “State” understands is this. You never ask real questions. You never, ever, allow the public to be united. You keep them fighting. Arguing. At each others philosophical, ideological throats. It’s not even important that there be a real ideology.

Nobody needs to know what they want. They just need to be convinced that “those guys are different,” “They” are the opposition. It’s all their fault. It’s the exact same story from either party. We want to help you, but they are blocking us. This goes on constantly, year after year, decade after decade. That’s the part of the act they want you to see. Here’s the part that people don’t see. All of a sudden, out of nowhere, AT&T is getting tapped by the NSA. What? That’s not a .7% tax increase – that’s science fiction. If they can’t agree on the budget, how did this happen? Here’s the deal, the majority of the people who have infested the government doesn’t disagree on anything.

This is why the most meaningless drivel imaginable is screaming about, talked about on the news, discussed and argued and at last, with great pageantry accomplished. But historic sweeping constitutional changes are made overnight with barely a whisper.

This is what I would like to say to all the people who get emotionally involved with parties, politicians, government: You don’t know them. For 95% of the population of this nation let me repeat: You don’t know them. To think you know them is not rational. You cannot know them. It is an impossibility. In no other area in your life do you behave in this way. If you do – Stop. But you probably don’t. The places I see this are in politics and religion. The two places that it is the least possible to “know” anything; people have the most fervent “beliefs.” It has to be a belief because it is impossible to really know the people involved. But for now, I am focused on the belief, the fixation with political parties. I’ll say this and wrap it up. This country has been heading towards bankruptcy since 1913. Google this: Graph of the national debt. Since the 1950s, it climbed steadily till 1980 when it starts to race up the scale.

What parties were responsible? From 1913 till now? Both all, any and it has nothing to do with it. In 1913 “the government” agreed, on your behalf, to turn the country over to a private banking cartel. Don’t think that’s true? Why? What do you get to do without money? It doesn’t matter if we’re talking about fifty people or 5 million: whoever controls the money controls the people. Like a weed, it is the root of the problems we experience. The greatest detriment to the country today is the political activist. The person who has been “led to believe” that the problem lies with the government.

That if they can change the government, sway the government, petition, plead, reason with or elect different people, it will solve the problem. When the idea that there are two parties in Washington, one fighting for you and one leading the country to ruin, is gone, then the picture will start to become clear.

That’s the first step on the road to reason. Because in order for this country to accomplish anything of worth we have to agree. We have to unite. Not on the small things. But on the most important things. The things that matter. At this moment there are a couple “issues” being discussed by government that matter. There are a few people in government working to get rid of the problem.

The rest are working to fulfill promises to people who funded their campaigns and line their pockets. When there is no emotional involvement, this is very easy to see. Like I said, this is the first step. It is a required step. It’s not an option. It’s not one of the ideas that could work. It is a step in a process. It can’t be left out, avoided, worked around, or made more palatable because we hate to be wrong. It’s the pill we have to swallow if we want to live. 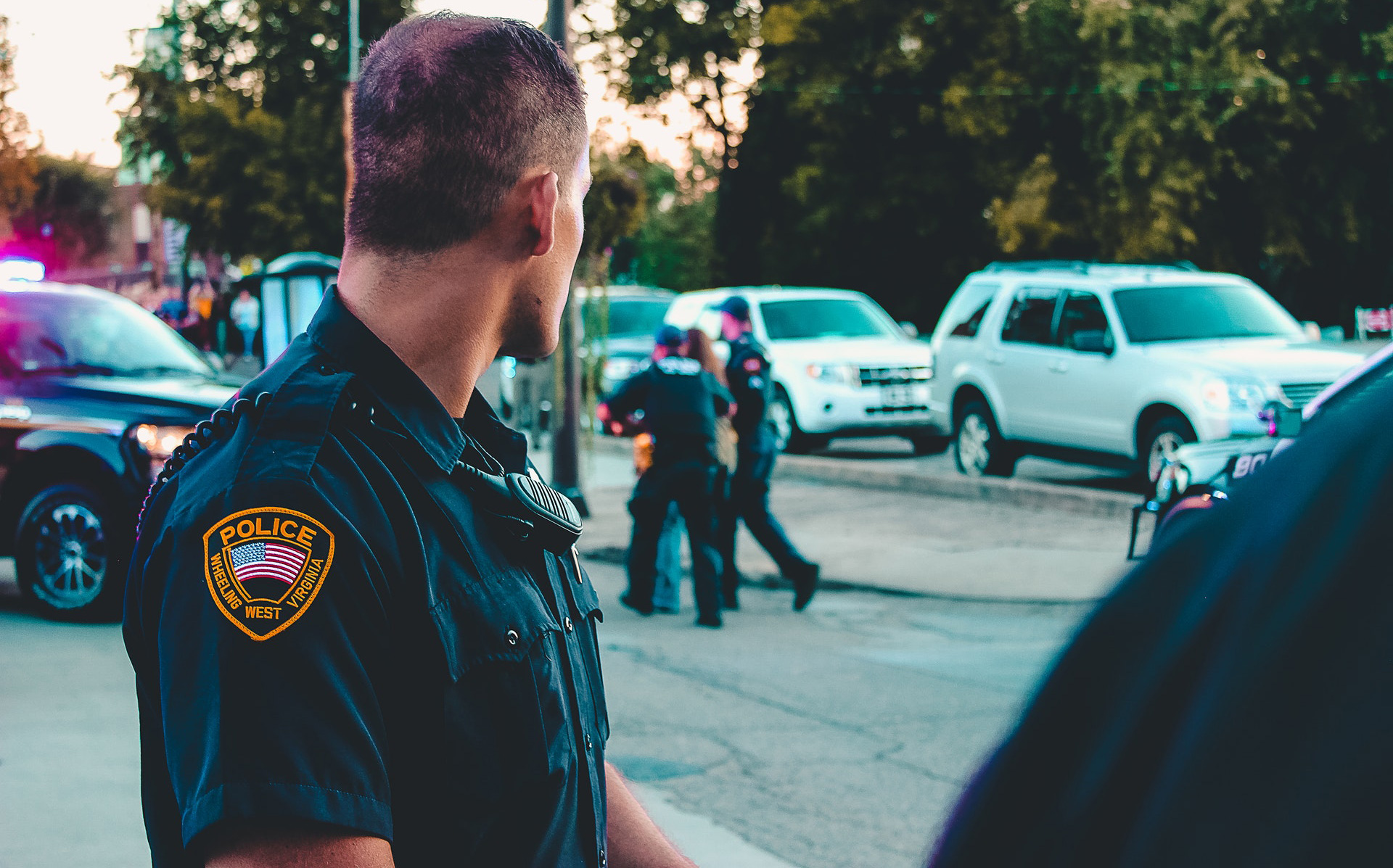