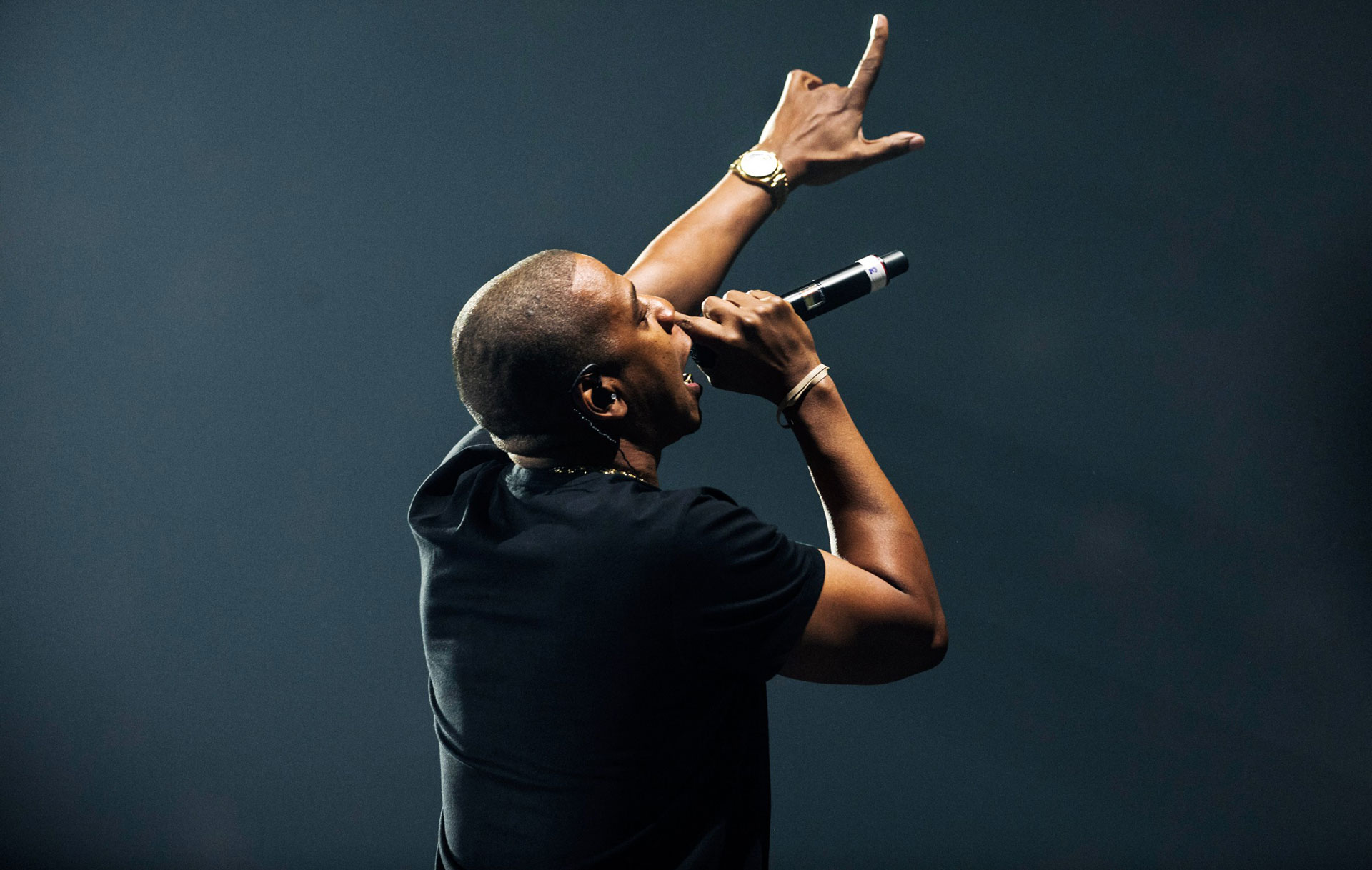 Why We Should Listen to Jay-Z

ay-Z’s recent album, 4:44, has gathering the same buzz as the last record put out by his wife, Beyoncé — not just for the music, but because of what they’re talking about. In last year’s Lemonade, Beyoncé alluded to her husband’s alleged infidelity — remember that video showing Beyoncé’s sister Solange physically confronting the rapper in an elevator after the Met Gala while Bey stands by? — with lyrics such as “How did it come down to this? Going through your call list,” and “This is your final warning / You know I give you life / If you try this shit again / You gon’ lose your wife.” In 4:44, an apologetic Jay-Z responds.

Maybe it’s a clever marketing call, maybe it’s a sincere public airing of the challenges of marriage and monogamy, maybe it’s both. What matters most is that here are two high-profile, talented people who are talking about some hard stuff, and who — given the recent birth of their twins — apparently haven’t let it tear apart their marriage.

Which is why all of us in a romantic relationship, or who want one, should be paying attention.

Infidelity has broken up a lot of high-profile marriages and long-term partnerships, as well as the marriages of everyday people. But some couples have worked through it, which is why therapists like Esther Perel, author of Mating In Captivity, and Tammy Nelson, author of The New Monogamy, suggest it’s time to rethink infidelity.

As a woman who was cheated on, rethinking infidelity in some cases (like serial adultery) may be easier said than done. Still, Jay-Z and Beyoncé may offer hope to those who are against divorce for personal or religious reasons, or who truly are regretful and want to make their marriage better, or who have young children and fear what divorce may do to them.

We don’t know why Jay-Z and Beyoncé are seemingly able to work through it, and neither Lemonade nor 4:44 offers answers. But Jay-Z offers some clues:

And if my children knew, I don’t even know what I would do
If they ain’t look at me the same
I would prob’ly die with all the shame
“You did what with who?”
What good is a ménage à trois when you have a soulmate?
“You risked that for Blue?”
If I wasn’t a superhero in your face
My heart breaks for the day I had to explain my mistakes
And the mask goes away, and Santa Claus is fake tweet

It’s clear that at some point, Jay-Z realized what he might be giving up — his child, Blue Ivy. Beyond that, he recognized how she would judge him (honestly, shouldn’t he be worried about losing his wife and how she would judge him? I guess not, because people can love their partner and still cheat on him or her). And she still may when she’s older. It’s now a part of their family story.

Not to say that dealing with an unfaithful spouse when you don’t have kids is easy — I’m sure it’s not. When you have children, however, the infidelity doesn’t just impact the spouses — it impacts the children, too. And that gets everyone upset.

As I wrote before, there isn’t enough long-term data to understand how a parent’s sexual transgressions impact children as they enter adulthood. But, experts say, there are patterns similar to what’s seen in children whose parents are addicts or abusive. “It’s not just a behavior, it’s a whole dynamic of relationships,” says Azmaira Maker, a family therapy psychologist. And it begins to impact the kids before the actual infidelity is exposed.

A handful of therapists tried to analyze what Jay-Z’s saying in his new album’s songs. He seems truly sorry, many conclude. That’s an important step — remorse. But as therapist Sheri Meyers notes, after a confession and an apology “the next critical step is growing up and showing up strong and ready to face and repair the issues that led to infidelity in the first place.”

And that may or may not happen, and now they have three young ones.

NOT EVERY COUPLE CAN SURVIVE INFIDELITY

Many people may see their story as an excuse to say, “hey — this high-powered survived a very public betrayal and still put their marriage and children first; you can do it, too,” as if maintaining a troubled marriage no matter what is the only or best thing to do when you have children. It’s not; as most therapists will tell you, not every couple can survive infidelity and come out stronger and more committed (and didn’t Hillary Clinton get slammed for keeping her marital vows despite Bill’s multiple affairs?). So if you decide not to stay with an adulterous spouse, please — give yourself some slack.

After Lemonade was released (about the same time as Kanye West’s Life of Pablo), an article in the Atlantic declared that the two mega-stars were making marriage “cool” again by illustrating that:

Till death do us part’ really is an ideal worth striving for and that ‘For better or for worse’ can encompass some very bad things. But success also entails the effort to reach out beyond the self to something larger, not just community and religion but the well-being of children, who figure in both albums. Despite plenty of profanity and sex talk, these artists are modeling surprisingly conservative ideals about the seriousness and irreversibility of wedlock. They’re also proposing that culture can support attempts to live up to those ideals.

Except, as I wrote at the time, while I strongly believe couples should understand the seriousness of tying the knot, I equally object to the idea of marriage being irreversible, kids or no kids. Not only are those “surprisingly conservative ideals,” but they’re also perpetuating the shame-based model of marriage that we should already have moved past.

If nothing else, Jay-Z is once again drawing attention to how hard monogamy is, and if 4:44 makes us talk more honestly about that and about infidelity (and how a couple defines it) and  — hopefully — about consensual non-monogamy, then, really, we should listen. But decide for yourself what’s best for you. And as Beyoncé now knows — and you should, too — putting a ring on it is no guarantee.

The longest minute in my life.

Why? Because like the “Hova” masses with their Golden Ticket aka Tidal Music Premium subscription, I was waiting for the most anticipated album of the year to drop for streaming and offline listening. And then it was midnight and after I refreshed my smartphone application, there it appeared.

A compact ten-track album with an accompanying music video for the song “The Story for O.J.”

The album opens with the jolting “Kill Jay Z,” a confessional about his suicidal dislike for his hip hop persona that led him to drug dealing in his own community, being targeted as Biggie’s murderer and neglecting his wife with infidelity and machismo sexism. It is probably one of the most jarring yet unapologetically honest tracks on the album.

Here Shawn Carter addresses the jumbo elephant in the elevator that media pundits have gossiped about and made careers from so that there can be no misunderstanding. No need for interviews about the song’s meaning. It is followed by the #Woke-worthy “The Story of O.J.” that questions how people of color have been marginalized, discredited, and bamboozled by mainstream media, depicted in its accompanying music video, including Bamboozled black and white caricatures of himself, Nina Simone and the asexual “Mammy.”

Carter also realizes his contributing role to his community’s deterioration, owning up to his part as a young drug dealer and his misguided logic that giving those proceeds back to his community absolved him of the malice. Every song is a rhythmic lecture from an independent hip hop artist turned clothing line founder turned independent record label executive turned mainstream record executive turned charter school founder turned music streaming service founder who gives more profit back to artists than anywhere else and was the only service that had all of Prince’s music available at the time of his death.

Those roles inform Jay-Z’s content and insights that we have depended on public figures like Rev. Al Sharpton, Dr. Michael Eric Dyson, Dr. Cornel West, Mr. Roland S. Martin, Ms. Angela Rye, and Ms. Joy Reid to relay to us. But your teenager isn’t really listening The Tom Joyner Morning or watching News One Now on TVOne at 7 AM EST every morning before going to school.

Odds are, they are “kiri-ing” it up with The Breakfast Club broadcasted locally on iHeartRadio station 1035 The Beat or watching that morning’s interview on YouTube. Luckily for them, the popular urban radio show has transitioned into a #BlackLivesMatter, #Woke-friendly platform for community organizations and entrepreneurs like the Women’s March and the infamous Rocafella founder Damon Dash.

Even the loud-mouth Shock Jock and MTV2 host of Uncommon Sense Charlemagne Tha God has gotten in on the #WokeWonderland business by writing a New York Times best-selling book entitled Black Privilege outlining practical lessons he has learned in his life that started in a small town in South Carolina. But all this cultural awareness and social media engagement becomes only a gimmick if there are not real people taking the discussion and issues to the gatekeepers of power in their neighborhoods, districts, cities, states, and countries.

Rev. Al Sharpton, a distinguished mouthpiece for the Civil Rights Movement and current disparities of justice for black and brown people thanks to his National Action Network national chapters, closed this past Sunday’s broadcast of his MSNBC show PoliticsNation with this insightful statement:

“Being #Woke without Work is DEAD”

He is so right.

I just hope an album like 4:44 will help inspire that same social activism in real life.