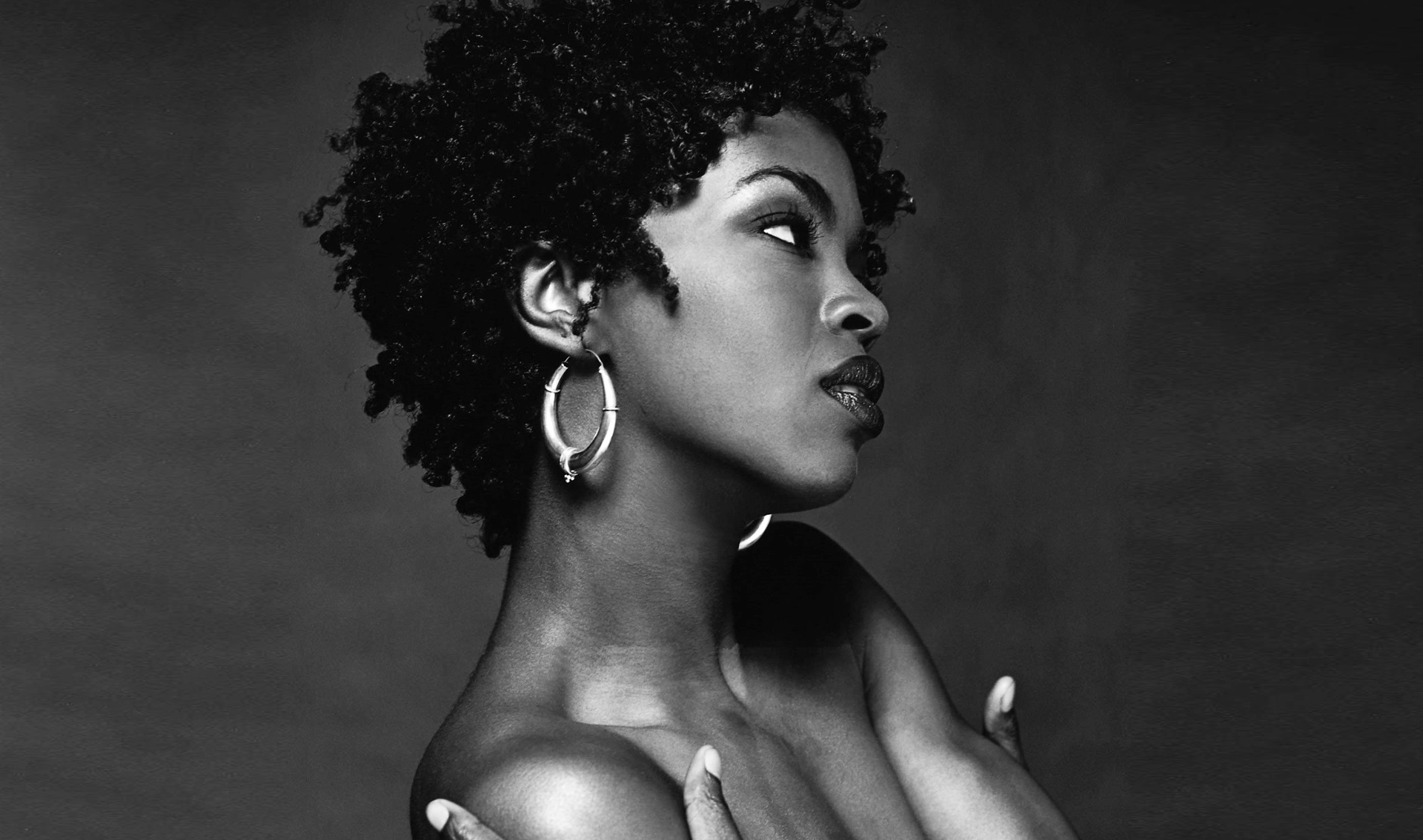 Why I still Love Lauryn Hill

No one can deny the influence Ms. Lauryn Hill has had on the music world. Her debut solo effort, The Miseducation of Lauryn Hill was more than just a brilliant introduction to the woman’s depth. It was a sparkling moment in time when music held an earnest sincerity. However, even then Ms. Hill had a spirit that seemed to fly higher than most.

The single “Doo Wop (That Thing)” is probably one of the most enchanting pieces of music to come out of the 90s, the album itself surpassing even the first and only from her iconic group the Fugees. The video therein is even more fantastic, the audience able to compare and contrast different styles of musical excellence in order to take in one profound lesson: be very careful with your heart and your body. The vulnerability and honesty in the lyrics are illustrated with simple profundity in the split-screen MV. Another facet of the video that most don’t notice or care to comment on is the fact that Hill was six months pregnant while shooting this video — more just a coincidence of timing, but the poignancy of the lyrics and her state at the time shouldn’t be swept aside.

No matter what the circumstances surrounding the video, it is a brilliantly artistic piece that stands as one of the most interesting to come at the tail end of the 90s.

So it’s 2007 and I am going to begin where Lauryn Hill ended. Her surreal Wingate Field concert, as free as it was confounding, took as its closing a Roberta Flack classic: not the ’96 anthem but “The First Time Ever I Saw Your Face.” Then she parted, fans looked about, weighed the likelihood of her returning for an encore and many, but not all, in good faith remained on their itty bitty patches of wet grass chanting, “Lauryn! Lauryn!”: a wise decision given Hill’s subsequent about face. For her encore Hill skillfully made her way through her hits as a Fugee and solo star and offered one well-chosen cover: “How Many Mics,” “Fu-Gee-La,” “The Beast,” Ready or Not,” “Killing Me Softly,” “Lose Myself,” “Everything is Everything,” “Will You Still Love Me Tomorrow” and “That Thing.” It was an exhilarating I don’t know how many minutes.

My notes are iffy here as I was standing on a barricade that I eventually abandoned for a chair much closer to the action all the while singing, rhyming and jamming, hard. Hill was hoarse and altogether breathless but capable despite her earlier kooky bandleading and odd pacing. “Pick it up” and “pump it up” were two of her favored non stop directives to her surprisingly cheerful band. Either these guys are Oscar caliber actors or they enjoy working with Hill ’cause they remained visibly amiable and on point all night long.

Hill didn’t start off so well. After a doodie Karaoke set from opener Sean Kingston savored by his handful of tween devotees, everybody’s favorite borough president before his backing of Ratner’s community contested development, Marty Markowitz, introduced every pol in the borough noting at one point that Hill had yet to arrive and was en route. It was at this point that I was certain Hill wasn’t gonna show but about half hour later it was announced that she was at the field and good to go but hoarse from her European tour and not too long after that, the DJ’s equipment was cleared from the stage. Hill’s band commenced to play pretty quickly but the same can’t be said for Hill.

The band made their way through ten minutes and a couple of different enthusiastic grooves before Hill showed her ‘fro. It was during this waiting game that I was again certain Hill wasn’t gonna show but then she descended from the elevated horn section down past the keyboardist to the front of the stage. Reportedly she had been pacing back and forth stage right for some time. So at 9:52 pm my birthday bud asked Brooklyn how we were doing before venturing into some song I don’t remember and didn’t write down. I was too busy noticing her hot outfit, a rust-colored leather fringe jacket, hella bangles, grey wool trousers, and triangle earrings which kept falling from her flailing head.

The second track, Hill introduced as familiar, acknowledging that it had been awhile. Unfortunately for us, her second selection “Lost Ones,” one of my favorite songs of hers, was performed entirely too fast likely because Hill yelled Go, Go, Go to the band at every interval. “Lost Ones” sort of collapsed into Bob Marleys Natty Dread, which prompted some people to pack their shit and go, including a band of disabled people immediately in front of me. Hill was on her Whitney Houston-staccato-talk-singing and was skipping verses of her songs. She seemed lucid just antsy and out of singing shape.

By “Final Hour” she was exhorting the sound man to bring the keys up, which was neither here nor there with vocals so indecipherable. I do remember her moving exceptionally well. The sharp drawbacks and leg kicks are all still there. Its one of the only things that was still familiar about Hill but then again it has been a decade. She explained that her son Zion just recently celebrated his 10th birthday which puts her stardom in historical perspective as too the audiences unfailing fandom. By the time Hill drove into a remixed and sped up Ex Factor her indulgent set still had yet to alienate a shock and awed crowd primarily because we are still so enamored with her at her peak and how her music reminds us of our past selves.

Disorienting as the show was until the encore won’t it say it was bad since her inventive spins on her classics were not altogether ill-conceived the audience was still primarily with her. People drifted out quietly but everyone was pretty much rapt and always politely clapped. Studded through the audience also were a number of Stans who danced fervidly through every number including some of the shittier Bob Marley covers.

At first, I thought it ironic that Hill included Final Hour in her set since she was anything but sating the people that feel Lauryn Hill from Newark to Israel, more like the people that like hopped up Bob Marley covers. Like her ex-lover and bandmate (or vice versa) Wyclef Jean, Hills obsessed with Bob Marley and focused too much of her set on him. But then after the encore of all encores that saw Hill giving identifiable renditions of her classics, offering smooth and clever transitions and playfully engaging the crowd, I realized that the Hill that we all know and deify (or maybe that’s just me) still lurks underneath those layers of leather and wool, its just that Hill ain’t all that interested in bringing her out, which is while frustrating not necessarily indicative of crazy. I mean I was alarmed by what I saw by the show’s midpoint and even mentioned to my sister that I felt like cutting my losses and peacing out but by evenings end I was back on the kool-aid.

I’m grateful that she offered a glimpse into the tight professionalism of her touring act circa 99 (since I was there Fox Theatre, ATL what!) for the encore even if her voice couldn’t keep up. You could barely hear Hill over the singing of the audience anyway. And amped doesn’t even come close to describing our euphoria during the encore. You just had to be there: to hear everyone screaming every single line of those Hill classics, cellphones, and a few lighters up, cheese grins across faces. Like I said before, this is our version of boomer nostalgia. So, I’m tired and I’m going to bed. I hope I made a little sense.

I don’t want Hill to force a comeback. But if she’s ready, I’m here to listen.