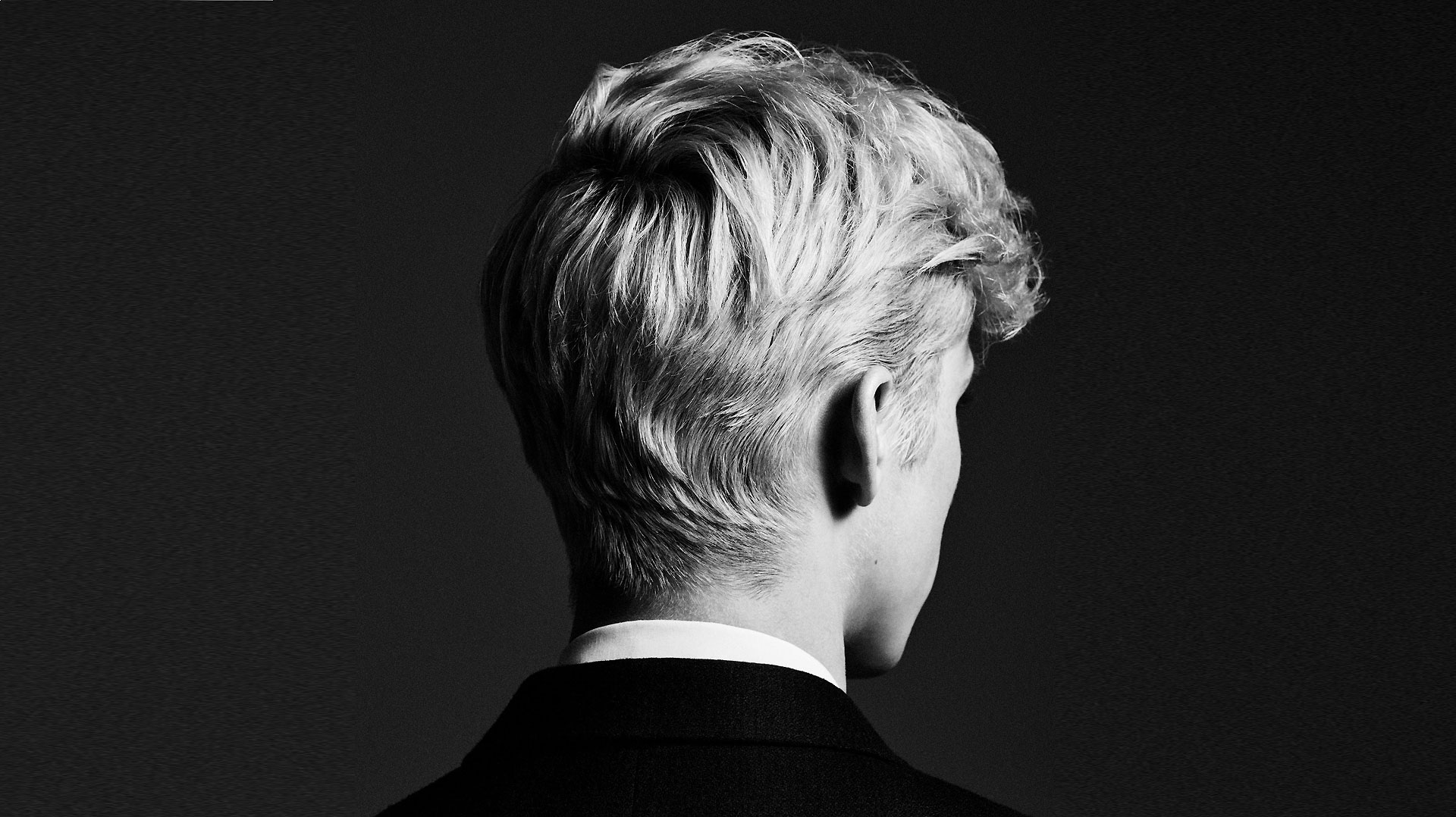 Troye Sivan released his sophomore LP, Bloom this past August in which he described as “bold, gay, and filled with bangers,” it is one of the most anticipated of the year.

“It’s about a human experience that I think is really beautiful,” he explained to GQ. “Of course, it’s cheeky and kind of dirty, but at the core of it, it’s a love song. We tried to make sure that it felt tender and sweet. Like, ‘Hold my hand if I get scared now’ and lyrics like that…yeah, it’s a love song.” Going one step further, he opened up about why it may be a difficult song to discuss in interviews. “The only reason I haven’t spoken about the specifics of it is purely because sex is embarrassing. My parents listen to my music. My parents read every single interview I ever do, I’m not speaking on it for personal reasons. But I’m more than down for people to do the math and figure out what it’s about, which they’ve all done.”

He spoke about his experience onset for the video shoot. “I thought that I was really far along in the coming-out process, and then two weeks ago I was shooting this video,” he said. “We mood-boarded this concept. It was like Leigh Bowery–inspired, Paris Is Burning–inspired. The entire concept is ‘looks.’ I got to set and we start, and I had to ask myself the question: ‘Does this feel genuine to me? Does this feel real to me? Does this feel fun to me? Do I want to do this?’” Faced with the question, he came to a realization. “[I was like,] Okay, why stop yourself? Who are you stopping yourself for? It was just so weird to have that moment at 23. I feel like I’m like super publicly gay, but that self-doubt, that’s part of the journey for me. It’s about pushing through that.”

Bloom makes it clear that Sivan is the sort of pop star we need in 2018. His clever wit and brilliant sensibilities are on full display across every track. In particular, he writes about love with a surprising grace and wisdom that belies his relatively young age. Floating across the soundscape, it is clear that the rising star is on the cusp of something once again. Before, he moved from boyhood to adulthood. Now, he is poised to take the world by a storm as a household name. And his latest collection is likely to help him do just that.

Sivan has already proven himself to be an openly gay young man of many hats: film star, YouTube personality, and recording artist. Time even named him one of the “25 Most Influential Teens of 2014.” Sivan’s first major-label EP TRXYE (2014) garnered him quite a number of accolades, as did his follow-up EP Wild back in September. But when Sivan announced that Wild was meant as an introduction to his first full-length album Blue Neighbourhood, he meant it more literally than expected: all of the EP’s six tracks appear virtually untouched and in their original order on Blue Neighbourhood.

And that says a lot of about the sorry state of Blue Neighbourhood, a record that takes its name a bit too literally for its own good. In its standard format, the album contains 10 songs (ending with “Youth”), but in its most completed format, it contains a total of 18 (ending with a live version of “Happy Little Pill”). Regardless of which format you listen to, the irony inherent in the title “Happy Little Pill” cannot be ignored because Sivan’s tone remains largely the same: blue.

Now, don’t get me wrong: there’s always something to be said for artists who manage to convey the bleaker side of the emotional spectrum with panache (Lana Del Rey’s major-label debut Born to Die immediately comes to mind). But what makes those kinds of artists and albums great is their range—their ability not to succumb to simply being sad track after track after track.

And that’s precisely where Sivan’s debut album fails. Rarely, if ever, does he rise above mid-tempo, which isn’t to say that every pop artist needs to record an album full of “club-friendly” tracks, but at the very least listeners need to be able to know when the mood or tone has shifted.

Take, for instance, the closing track on Blue Neighbourhood‘s standard edition, “Youth.” If you don’t pay close attention to the lyrics, which it’s admittedly easy to do because of how bland the music itself is, then you’d honestly have no idea that it’s actually one of the few moments where Sivan finds something positive in being in a gay relationship. He talks about running away, saying “goodbye to safe and sound” and committing himself fully to his lover, repeating his devotion with the line, “My youth, my youth is yours.” But the exuberant emotions that come with such a selfless devotion are conspicuously absent, and perhaps that’s why Sivan surrenders just his youth to his lover instead of his entire life.

Coming out is hard—there’s no denying that—but Sivan fails to capture the self-confidence or self-empowerment he admits to developing during his own coming out process. So, while there is potency to his revelation in “Heaven” when he says, “So if I’m losing a piece of me / Maybe I don’t want heaven,” the song itself doesn’t deliver on conveying the necessary inspiration for listeners struggling with their own sexuality, or even for those who have long since come out. It amounts to the kind of meme-worthy tidbits that get passed around the internet, liked, and shared, but ultimately mean nothing in the long run.

The flimsy pro-gay sentiments in “Heaven” are also present in “Talk Me Down,” which Sivan turned from covert into overt with his three-part music video series that tells the story of a young gay couple from their “blissful” first encounter (“Wild“) to their being found out (“Fools“) and concludes with one of the partner’s committing suicide (“Talk Me Down“). In “Talk Me Down,” Sivan laments, “I wanna sleep next to you / But that’s all I wanna do right now,” which we now know is entirely impossible given the recent tragic turn of events in their relationship.

At the risk of sounding insensitive, Sivan’s narrative seems more heavy-handed than it does heart-wrenching. Suicide among gay youth is no joking matter; it’s an issue that will unfortunately continue so long as LGBT+ individuals are treated with less respect and given less rights than everyone else. So, on its own, “Talk Me Down” has the potential to make a very powerful statement because it reminds us of the darker personal moments that other self-empowerment anthems tend to overlook.

But, when placed in the context of Blue Neighbourhood in its entirety, things get problematic. For whatever temporary highs Sivan feels when it comes to experiencing love as a gay man, he focuses far too much on the lows—either lyrically or sonically. As a result, the album risks representing gay men simply as victims—of sadness, of suicide, and of scorn. However based in reality those ideas may be, Sivan ultimately creates just another counterproductive single story of gay men. And as Chimamanda Ngozi Adichie argues, the real danger of a single story is that it “creates stereotypes, and the problem with stereotypes is not that they are untrue, but that they are incomplete.” So, all Blue Neighbourhood seems to do is to substitute the single story of all gay men as feminine with the new single story of all gay men as sad.

The only productive way to read Blue Neighbourhood, then, is to see it as just that: one neighborhood that does not and cannot represent the entirety of the gay community, symbolized on the album as suburbia. With this reading in mind, perhaps we can begin to forgive Sivan for his major misstep as a face of the gay rights movement.