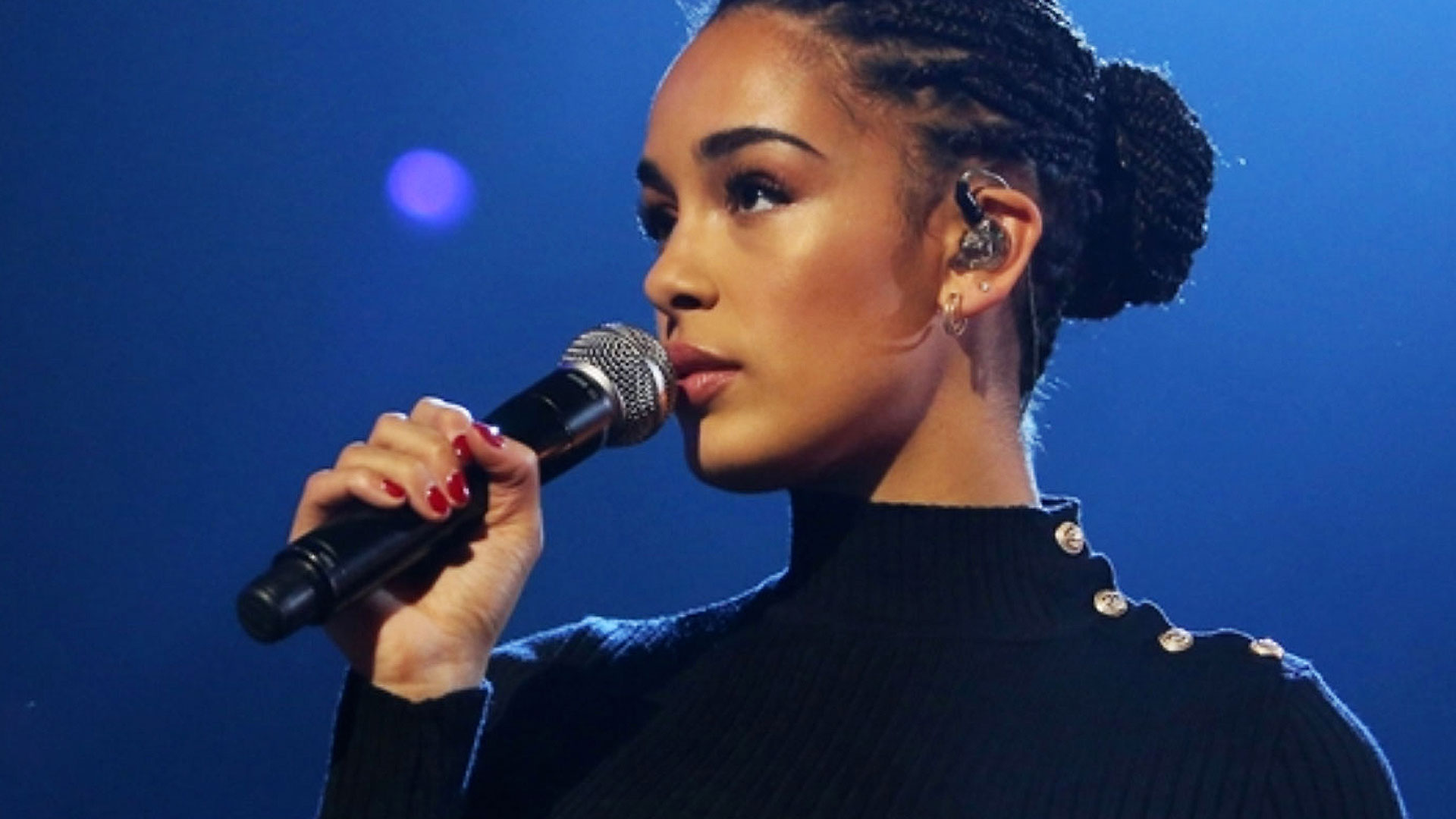 Jorja Smith’s rise to fame could at least be called meteoric. At 21, with her Bambi eyes and a calm but unusually mature character she brings a handful of pieces and an Ep released independently in 2016. She’s managed to make the entire record industry waver and many of them lined up under her parents’ house to offer her a contract. The reason is simple: Jorja has the voice. A powerful timbre, deep, persuasive and rich in nuances, able to extricate itself between melancholic piano ballads and powerful spoken words desolate as suburban views.  Her voice just seems to have that something that millions of people in the world are still looking for after the premature passing of Amy Winehouse.

Numerous publications such as The Times, The Fader, iD Magazine, The Guardian, among others, predicted to the artist a successful future after breaking into the music scene in 2016 with her acclaimed debut single ‘Blue Lights’. The song uses police lights as a metaphor for feeling guilty when you’re not actually guilty. She has since released another single ‘Where Did I Go’ in March of 2016.

In 2017, Jorja was the guest artist of Bruno Mars on his world tour as she passed through the USA; she collaborated with Drake  (‘ More Life’) and also co-wrote  ‘I Am’ – her solo from the soundtrack Black Panther. After starting 2018 as the winner of the BRIT Prize of the critics, published his single ‘Let Me Down ‘: a spectacular, frank and honest song that highlights the emotionalism of the British MC Stormzy rap. Soon after, Jorja embarked on her third sold-out tour of the United Kingdom, which ended with two concerts at the Shepherds Bush Empire with excellent reviews from the press.

Her current album “Lost & Found” is the fruit of Jorja’s last two years of work, as well as being an artistic statement. In her first album, Smith’s contagious pop spirit intersects with her youthful charisma, her personal narrative and informed opinion: attributes that separate her from the rest and have made her one of the most beloved female emerging artists in the UK last years. “Lost & Found” – an authentic master class of sounds – covers several personal themes, although known by all, that only Jorja could have gathered so convincingly.  “Lost & Found” is a jewel of observation and experience, with the underlying innocence of a young artist who seeks his way in life.

But maybe we could even rediscover it in twenty years and find it without the great ailments of a production that has become obsolete over time – the sounds are clean and elegant, the rhythm section is warm and enveloping and the electronics are really kept in check.

Jorja often plays too sure, aware of having a voice that alone is able to make the piece and therefore does not exhort it to go beyond the pavement. Moments of contemporary soul such as ‘February 3rd’, ‘Wandering Romance’, ‘The One’ or the melancholic ‘On Your Own’ present soft sounds and melodramatic accents that help to convince the author’s message, but the arrangements are often played on a patina a bit ‘too monochromatic – which is a shame, given the potential starting point. Even a ballad like ‘Do not Watch Me Cry’ could very well be sung on stage

The record then runs much better when Jorja shows her most curious side; ‘Lifeboats (Freestyle)’ recalls the first Erykah Badu , the text is a political reflection in prose that although not having the energy of a Kate Tempest shows the right dose of character not to fall into rhetoric. On “Tomorrow” the dance performance at some point acquires an unexpected rock, while on the acoustic piece “Goodbyes” the voice rises to a celestial falsetto without losing a bit of that youth that animates it. And then there are the enthralling “Teenage Fantasy” (a song written by Jorja when he was only 17 years old – quite impressive) and the metropolitan groove of the title track, Lauryn Hill sending shivers down her spine. The aforementioned “Blue Lights” travels on a separate track, a piece capable of capturing all the nervousness of the young neighborhood boys illuminated by the ever promising police sirens.

At the end of listening, we remain poised on the proverbial thread of spiderweb. On the one hand, we have a superlative voice, an already defined personality and a songwriting full of potential, which makes “Lost & Found” a record worthy of note. But on the other hand, it is also necessary to admit that certain particularly reassuring atmospheres come a step away from the new boring already complained of several years ago by the Guardian in the face of the rise of people like Adele and Ed Sheeran. And it is here that you will most likely play Jorja’s next challenge – being able to push the pedal of courage and imagination to stay behind such a voice. Just like Amy did, which is no coincidence that Jorja considers like a godmother.