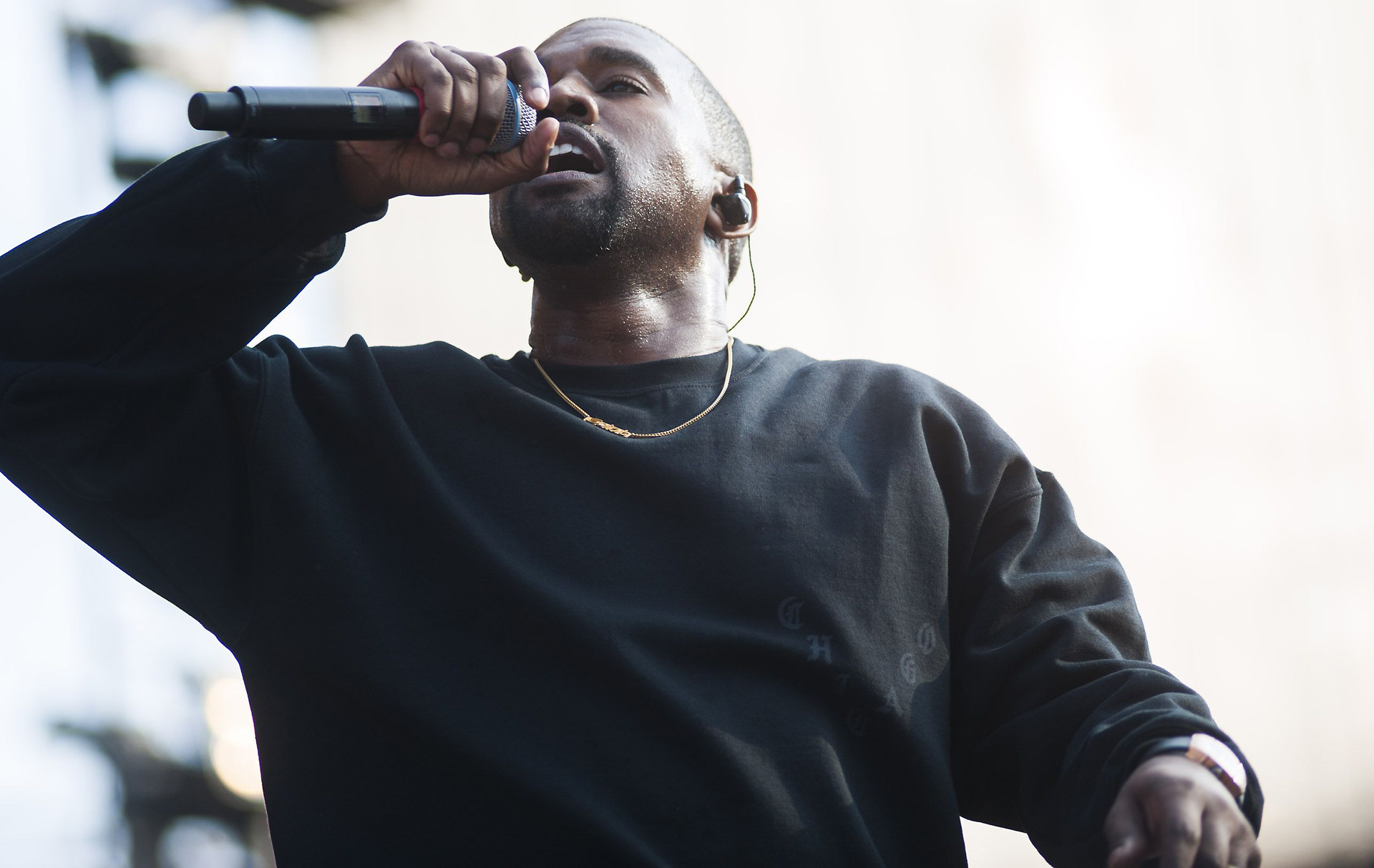 Kanye West is a divisive figure, either lauded as a creative genius by fans or derided and mocked by critics for his excessive self-confidence or arrogance, bewildering statements, and a tendency to throw public temper tantrums.

He is compelling because the way that people respond to him touches on the raw nerve of how we feel about creative expression that purposely excludes and alienates — and how we feel when a deeply talented Black man has the audacity to put himself on the same tier as a canonical genius like Mozart — while he’s still alive.

It’s no small feat to have a career spanning more than two decades — West is only 42 years old. He studied Fine Art and English Literature in college before dropping out at age 20 to pursue music. He started as a producer that crafted hit songs for Ludacris, Alicia Keys, and Janet Jackson. When being a producer wasn’t enough, he fought for a record deal. Damon Dash, then the head of Roc-A-Fella Records, didn’t see West as a viable rapper and only signed him reluctantly to avoid letting West defect to another label. Years later, West would bump up against the same sort of glass ceiling when trying to break out of the rapper box; he did an internship at Fendi in 2009 and premiered his women’s fashion label in 2011.

2016 saw him release Life of Pablo on Tidal, an album with a first draft sensibility. West challenged the traditional model and followed his album’s release with continuous updates, calling the updates “living, breathing, changing creative expression.” In 2016, he also launched a tour, worked on his fashion line, parented two children — and suffered what was reported to be a full mental breakdown brought on by exhaustion and some personal troubles. In 2017, West was quiet — largely out of the spotlight — presumably R&Ring.

Watercooler conversation about him tend to be focused on what outlandish thing he has said or done — and rarely on just exactly how he is kicking so much ass. West’s public persona can sometimes eclipse his output, making us forget that he is actually extremely prolific and extremely productive.

[Paul] McCartney did say that West’s experimental method reminded him of what it was like making Sgt. Pepper’s Lonely Hearts Club Band.

I have combed the internet for these nuggets of how he works, as told by people who have collaborated with him.

Speaking to Director Jordan Peele, Chance the Rapper described West’s work process as a bit all over the place — not singularly focused. He said, “He’s very big on multitasking. We’ll have a studio rented out, and he’ll bounce between rooms working on different songs, writing for a second or adding or subtracting productions. He’ll also put a bunch of people in a room that he thinks might have good ideas and try to see what they come up with.”

Chance also said that Kanye spent a lot of time lecturing everyone on his opinions and thoughts, which Chance found was a good way to get creativity flowing and strong opinions out on the floor.

In a Facebook Live chat, Paul McCartney said that West basically does not write songs in a way that McCartney recognizes (ha ha).

“It was a very intriguing process. You basically don’t write songs. You basically just talk and noodle a bit and you record it all on your phone. And then he goes away. And that’s basically his record. But it was great doing it because I don’t work like that.”

West eventually came back and unveiled “FourFiveSeconds” to McCartney, who initially did not recognize his own guitar playing because it was sped up and manipulated. While a lot of McCartney and The Beatles fans are probably horrified over what they just read, McCartney did also say that West’s experimental method reminded him of what it was like making Sgt. Pepper’s Lonely Hearts Club Band.

He puts himself on the spot and is always challenging himself to accomplish his dreams and his goals, which is really inspiring. It’s hard, but it’s also satisfying because the more you do it, the more you get used to growing.

Bentley, a producer on “Ultralight Beam,” told Fader Magazine that West’s dedication to his work and his energy is unmatched. Bentley is a night owl and by the time he arrived at the studio at around 10:30 PM for “Ultralight Beam,” West had already been there for hours.

They ended up working until 8 AM. Bentley said, “They put the bed out (in the studio) and Ye was like, ‘Before I leave, can you edit the freestyles and put them in order?’ I was about to go to bed but I was like, ‘Sure, I got you.’

“So I sit there and I begin editing. I put Kanye at the top and put the other pieces in, doing what I do. …. And then Kanye is up. He only slept like an hour. So Ye is up—not like kinda up, he’s up-up.”

Bhasker was a producer on 808s & Heartbreak, an awesome album that features very little rapping and a lot of West’s singing. Speaking to Complex, Bhasker talks about West’s tendency toward a first-draft sensibility — releasing content while the work is still in progress. He also talked about how West challenges himself by putting himself on the hook.

“Two days [after ‘Love Lockdown’ was written, West] said, ‘I’m gonna perform this at the VMAs.’ It was still in a very raw state. It happened instantly and a lot people thought he was out of his mind, but Kanye is the best out of his mind person we have in music. That’s why he is who he is. He puts himself on the spot and is always challenging himself to accomplish his dreams and his goals which is really inspiring. It’s hard, but it’s also satisfying because the more you do it, the more you get used to growing.”

A recurring theme of West’s work process is his tendency to work piecemeal, non-linearly, and yet also repetitively and obsessively.

Pusha T was featured on My Beautiful Dark Twisted Fantasy’s “Runaway” and told Complex, “Kanye West is the hardest working man in music. If it wasn’t for deadlines, I don’t know if anything would be finished. I’ve heard things that I thought were perfect, and I come back and they’re more perfect — and they’re still not done. The guy’s the maestro. It’s a totally unorthodox way — well, it’s unorthodox to me, ’cause I’ve never seen anyone work in pieces like that. … We could easily be working on one song, thinking we’re in a mode, and he’ll hear a sound from someone like [producer] Jeff Bhasker and immediately turn his whole attention to that sound and go through his mental Rolodex to where that sound belongs on his album, and then it goes straight to that song, immediately. … You really have to be some type of weirdo to be able to do that. It’s like turning on the drop of a dime, in a car. … He’s the most meticulous individual ever. I’ve never penned so many verses for one particular record.”

This one is just a really cute story. Minaj told Complex about the challenge of being a morning person who works with a night owl who sometimes does not sleep for more than an hour a day.

“Kanye kept askin’ me to come and eat breakfast, but I like to record in the morning. So, when they were eating breakfast, I was in the studio listening to music and writing. And he would always be like, ‘Yo, why you ain’t never come over for breakfast, yo?’ … I stayed late sometimes, but I was always getting sleepy. I get up at six in the morning, so midnight is late for me. One time he caught me nodding off, and I thought maybe he would kick me out. I’ve never been so embarrassed in my life. You know how you’re sitting up and you don’t realize that you’ve just fallen asleep, but it feels like an eternity? When I picked up my head from sleeping, he was looking at me in the strangest way I’ve ever been looked at by a human being. He pulled his shades down, and he looked and said, ‘Oh, she’s sleeping?’ I wanted to crawl under a rock and die.”