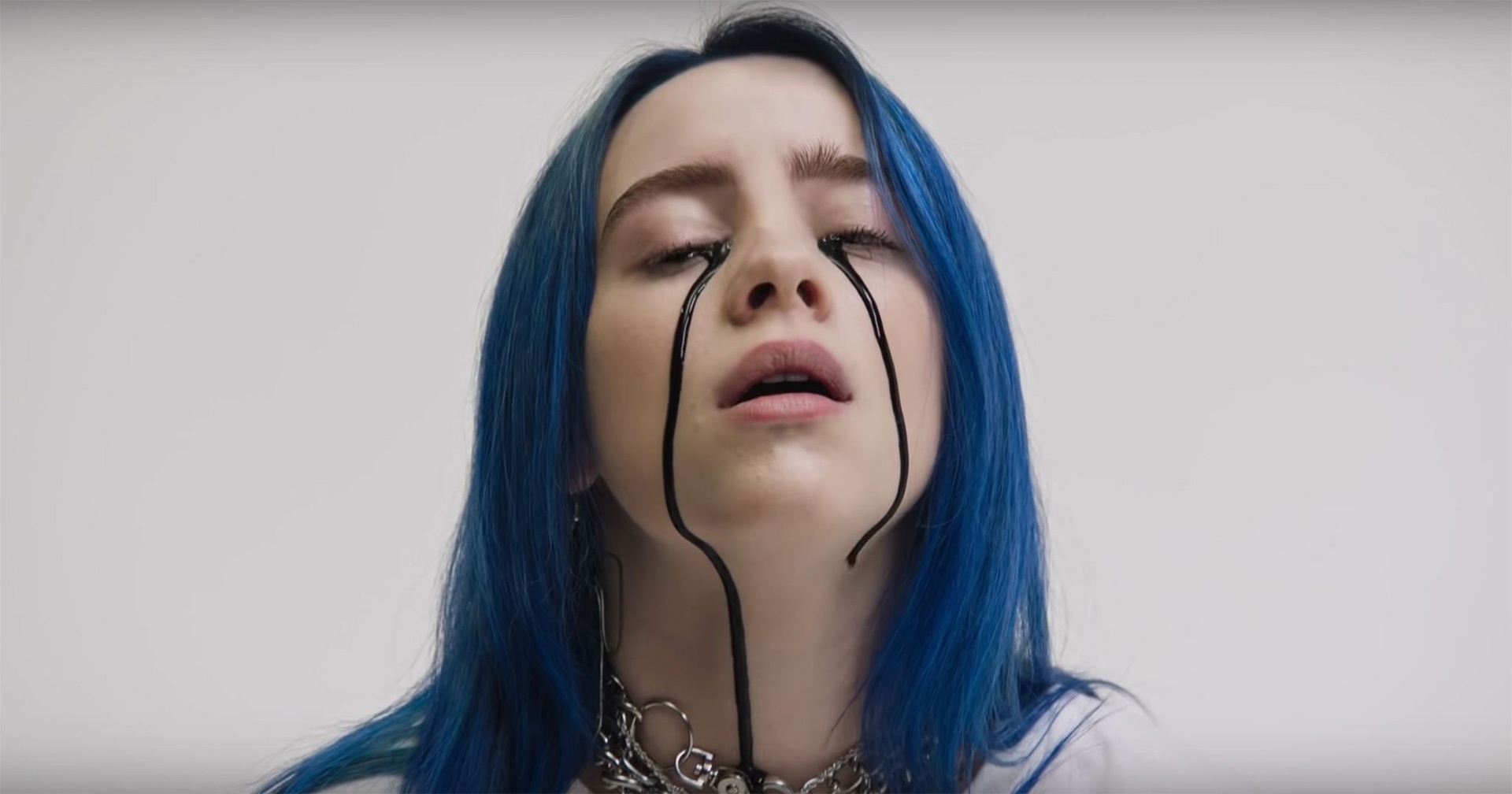 Billie Eilish – When We All Fall Asleep, Where Do We Go?

– When We All Fall Asleep, Where Do We Go?

The new sounds are taking full possession of the internet. Even without an album under her arm, Billie Eilish progressively became a name in the industry. Either for its explosives and intimate singles, as for its controversial ties with music tycoons. In spite of how capitalist it may be that an image like yours emerged based on connections, we cannot refuse to appreciate music when it is presented so sweetly on our tables.

“WHEN WE ALL FALL ASLEEP, WHERE DO WE GO?” Is a dark and personal story about anguish and adolescence, two words that don’t seem to fit well in the modern era. However, under the tutelage of her brother, and a notorious and warm relationship, they make a long duration, which not only vibrates in emotionality but refreshes the ears and speakers.

In the company of singles like “wish you were gay,” Billie states irrational feelings. This person does not want to be with her, leading her to wish that the fault of this break comes from the hand of sexual orientation, rather than the possible failures that are present in her personality. It’s edgy, it’s slightly offensive, but it’s honest and raw. A hormonal and melancholic cut, which plays with the sound montage to represent a sweet sense of hopelessness and chaos. The production is warm and personal.

It is possible to glimpse the influence of modern sounds in the didactive American style. Lorde’s “Melodrama” has direct interference in the legacy that can be observed behind minimalist and electronic sounds. “Bad guy” is one of those songs that kick the album with pleasure and energy. It shines in colors, immature expressions, and a cynical and scathing narrative. An image that could only exist in the age of the internet. No less relevant, on the contrary.

The various sounds with which she interprets her toys do not come to break the wheel, nor turn it in the opposite direction. But in a universe of coupled pop sounds, it is an entertaining combination of harmonies and themes. Its almost whispering voice slides between minimalist pop melodies, combining mixtures of electronic bases, and soft synthetic bass. “When the party’s over” is a depressing emotional hangover hymn from a cruel separation.

Eilish takes care of a delicate profile of an anguished teenager. Even when she lets out some innocence in her narrative, based on the naive experiences that vibrate through her young body, she speaks honestly and emotionally. In an era when artistic pop sounds that influence the style of the performer are so obvious, it is difficult to highlight every passionate work that comes out as if it were the next masterpiece of the year. But it does not prevent us from enjoying and admiring the steps drawn in an amazing debut.

For the second half of the LP, “my strange addiction” and “bury a friend” accelerate the rhythms like psychedelic dance pulses. Addictive harmonies conducted in their fragile vocal performance and fun external bases. The first cut uses elements of the television series “The Office” to run a journey of openness and joviality. In a robust 43 minutes, the interpreter’s debut is a complex diversity of successes and hard cuts of independent rhythms.

Aggressive and melancholic. This is how we wake up from the nightmare that is going out. Mental hangovers and supernatural pulses capture the distressing essence that marks the debut of the American artist. With clear, and sometimes too noticeable, external influences, Eilish expresses her statement of principles in such a way that we will not stop hearing about her until the years devour her youth. They may doubt their experience, but they cannot deny their talent. The centenialls have a voice that represents them, and she does not plan to save a single comma to express it.

She was born in a family linked to the world of entertainment, which work in various fields, such as acting, composition, direction and production. Her mother, father and brother appeared in the independent film, Life Inside Out, which was written by Baird.

Her father worked in works such as The West Wing and Iron Man and Baskets. Growing up in this Eilish world, she was influenced from an early age by music, participating at age eight in Los Angeles Children’s Chorus, through this Eilish, she took her first steps in the musical field, standing out for her vocal and beautiful ability intonation, besides having a unique tone of voice.

During this period, she was attracted to music and began to explore styles, learning in a self-taught way, which led to the creation of her own musical style and also began to edit musical projects independently.

From the age of eight, she began to move in the field of music; While participating in the children’s choir, she was given the task of finding the style she wanted and creating her own way of presenting herself, improving her vocal technique and experienced in editing and composing songs. During this experimental walk, she was supported by her family, who gave her guidelines on song composition, editing and production, by then her brother was a member of the alternative band, The Slightlys.

In 2015, Eilish and Finneas recorded the song “Ocean Eyes,” a song that they uploaded to the artist’s SoundCloud account; a short time later the subject went viral, being shared on various social networks.

After the success of the song, Eilish, was contacted by Danny Ruckasin, who became the manager of the singer , since then the artist has been fully dedicated to her career. At the end of 2016 she released the video clip of the theme Ocean Eyes, in this the singer would appear dancing while performing the song, later, she released the single Six Feet Under, then he published Ocean Eyes again, this time with the collaboration of Darkroom and Interscope Records.

In 2017, the EP Ocean Eyes (The Remixes) appeared, which includes four versions of Ocean Eyes, in collaboration with an artist such as: Blackbear, Goldhouse, Astronomyy and Cautious Clay.

In August of the same year he published his second EP entitled, Don’t Smile at Me , under the Interscope Records label; the album consisted of nine songs, among which COPYCAT, party Favor, bellyache and idontwannabeyouanymore stood out; In the first week of release the album was positioned in the music rankings, reaching the 97th position on the Billboard 200 in the United States. In the course of 2017, Eilish released numerous singles, among them Bored, a theme that was part of Netflix’s series 13 Reason Why.

At the beginning of the following year the singer announced the realization of her first tour, which was titled Where’s My Mind, throughout this visited several countries; The tour ended in August 2018.

In the same year, she released the single Lovely, a song in which he collaborated with the famous artist Khalid, followed, published the vinyl Don’t Smile at Me, which included the songs Party Favor and Hotline Bling of Drake, among others. She later released the single Bitches Broken Hearts, followed by You Should See Me in a Crown.

The trajectory of the artist is just beginning, however, this has managed to consolidate and reach the young generation, with which she is deeply connected, her success is the reflection not only of her overflowing talent, but of the themes and good command What has this, of the digital language, knowing how to communicate with the current generation, using their same language and inquiring about their problems, also, this has been presented honestly with the fans, being sincere and transparent.

In 2018, Eilish excelled in the music scene, becoming one of the artists with the most potential of the time, at the same time, she was rescued as a reference figure of Psycho Pop. For her talent, she was named in Forbes magazine’s 30 under 30 2019 list.