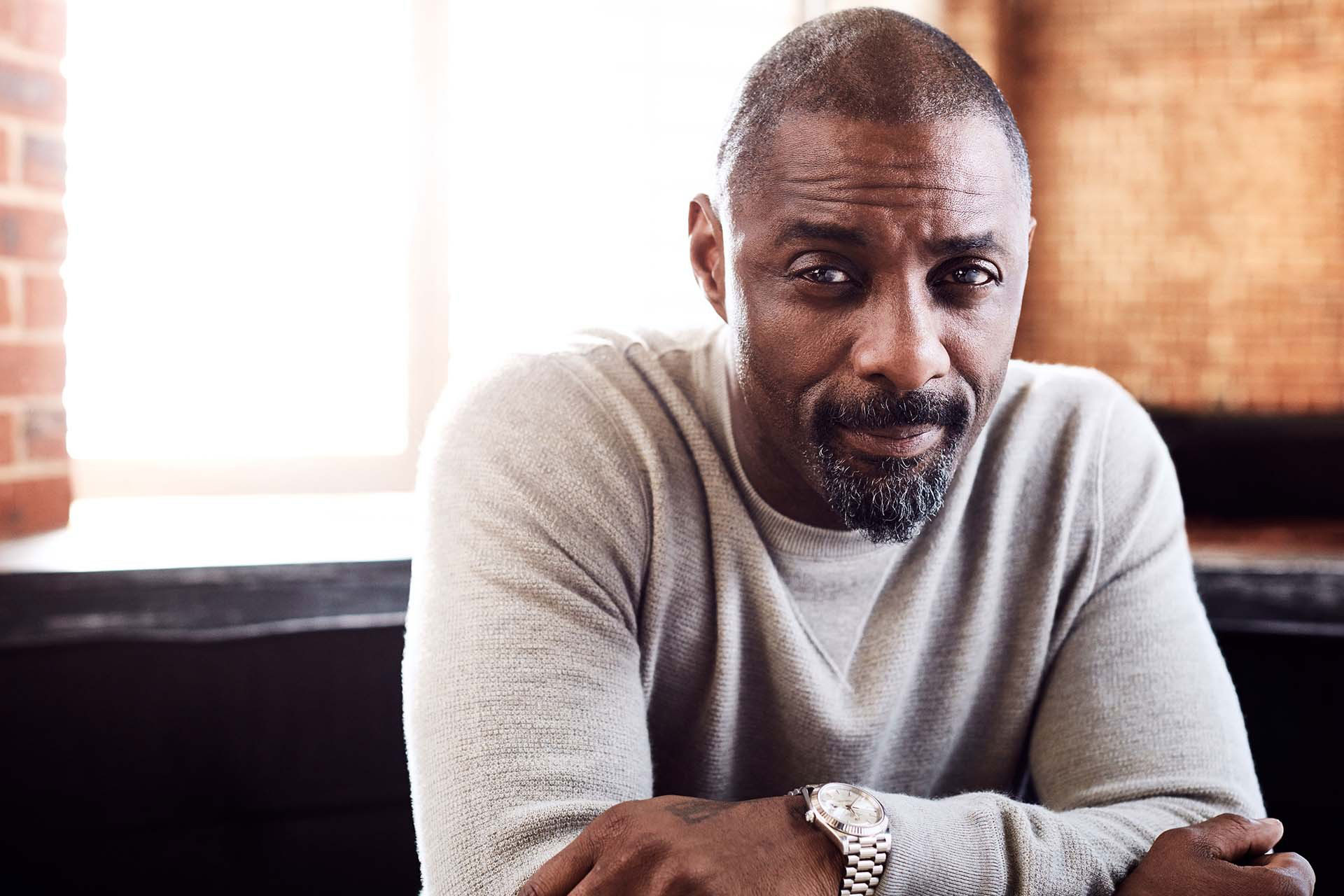 e might just know him mainly as a person who played the role for the narco-trafficker known as Stringer Bell in the HBO series The Wire, but there has been a lot to Idris Elba’s career than we already have seen or have known. He is known in the industry for his intense looks and for the roles no one else can really fit in for and that is what makes him special and stand above all as well. His variable choice for the roles has made him become more noticeable for different awards as he has been nominated for times for the Golden Globe Award for the Best Actor and he has won it for a single time as well.

Later his appearance in American Gangster, Takers and Thor alongside Prometheus and Pacific Rim. His performances have been very clear but what he’s up to now a days is something that is more clear. He was seen to play the hard and tough role for Heimdall in Thor and he will be seen, playing the same role again in part two. But what is going to be worth discussing here is his appearance in Nikolaj Arcel’s action fantasy movie “The Dark Tower”. In the movie Idris is accompanied by a solid cast of Abbey Lee, Katheryn Winnick and Matthew McConaughey who play the role of Tirana, Laurie Chambers and Man in Black respectively. In the film, Elba will be playing the role as Roland Deschain otherwise The Gunslinger. The movie is focusing in portraying the dying world and things are already looking very promising with the trailer and his appearance in it.

Idris although hasn’t been in much of the front line spotlight but some of his appearances have been a key to almost everything. Thanks to his powerful vocal ability, he successfully made a difference with a big character of Chief Bogo in the award holding Zootopia. He also gave the voice for Shere Khan in The Jungle Book and Fluke in Finding Dory as well. That’s not where his involvement in the world of entertainment ends, quite recently in 2016 he was named in the Time 100 list of Most Influential People in the World and he truly deserves it as well.

Apart from The Dark Tower we are soon going to see him in the main role with Kate Winslate in “The Mountain Between Us” and also in the biography drama called “Molly’s Game” as well. Still there is a lot left to be seen from his career that we haven’t mentioned here but the bottom line is that Idris Elba is going to continue to make a difference with his performances on and off the screen and we’re all going to love to see how.

Oh…and on the James Bond thing

Elba made a particularly striking notion in the media, stating that despite staunch support, he declines the role of the new decade’s James Bond due to the fact that he doesn’t want to be known as “the black one”.

We don’t say ‘white Bond,’ we just say ‘Bond.’ So it suddenly becomes a black man and he’s a ‘black Bond.’ So I hate that phrase.

Elba is a great actor. He has played diverse roles, from number two to a drug lord, to a demigod.   Idris Elba has a level of charisma, and presence, that rivals many in Hollywood.  It is indeed striking that a fellow who chose to play Heimdall, who by Norse Mythology is written in as “the whitest of all gods”, does not want to play James Bond.

Hold up — is James Bond, much like Heimdall, explicitly written in to be an ethnically Anglo-Saxon fellow? Is “James Bond” a call-sign that every generation (or decade) someone adopts? Or is James Bond is the exact same person each time just simply played by another actor? Truth be told, James Bond is written as a white person, but that’s not the same thing as being written in explicitly as white, as Heimdall was by Norse Mythology. Truth is, James Bond is white due to white defaultness, which is a true underlying concept that manifests itself in movies, music and media, as well as real life.

The bigger truth is, that a black covert agent from the U.K. is actually more feasible than a black Norse god. Interestingly, the James Bond series have had many subtle race/gender lifts; a woman cast as M, Felix Leiter as Afro-American, an Afro-British woman as Moneypenny. So, that brings the question, can James Bond possibly be black? My answer is yes in the same manner that Jason Bourne can be black; the U.K. boast just as a significant African Diaspora as the U.S. does to fulfill such a concept. It is not a foreign concept to see a black person in London, or Washington D.C. for example.

So, what’s wrong with a “black James Bond”? I’ll have to admit, Mr. Elba has a point; anyone who is of Afro decent who ascends to a certain role is ultimately doomed to be considered the “black” {insert role here}.  Now this phenomenon goes beyond modern times. Toussaint Louverture was known as “the black Napoleon”.  The twice elected 44th President Barrack Obama is considered “the black president” in presidential office (as if his race has anything to do with his policy).  Ladies and gents, the unsaid shameful notion that skin color contributes to character is so common, that a school teacher told a student that “we don’t need another black president” when a child spoke of dreams of the White House.  Wow. 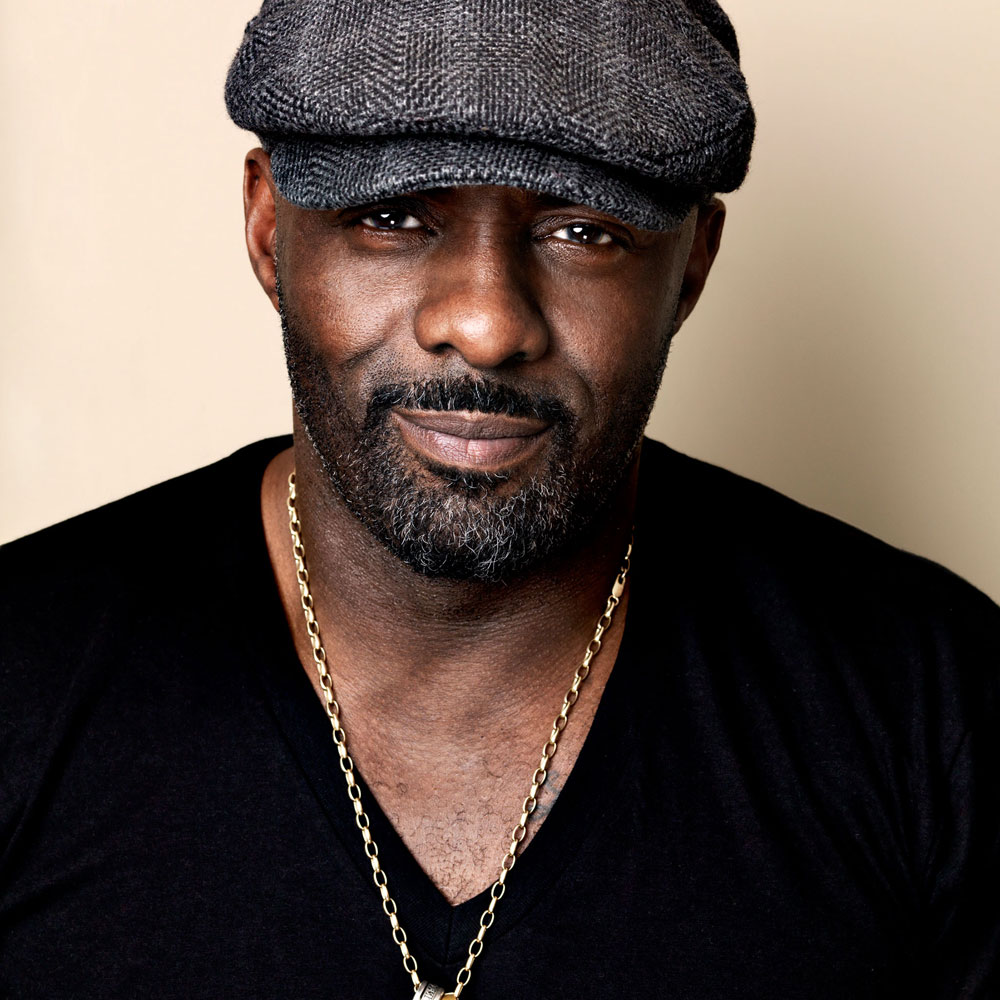 As much as it’s nice to step into that massive world of Hollywood and be a big, famous actor, I prefer the career of actors that have really chosen smartly and done really amazing performances. Maybe they’re not as known, but their careers are a bit more interesting.

Sean Connery wasn’t the Scottish James Bond and Daniel Craig wasn’t the blue-eyed James Bond. So if I played him, I don’t want to be called the black James Bond.

I’m an ambitious person. I never consider myself in competition with anyone, and I’m not saying that from an arrogant standpoint, it’s just that my journey started so, so long ago, and I’m still on it and I won’t stand still.

I’m rebelling against being handed a career, like, ‘You’re the next this; you’re the next that.’ I’m not the next anything, I’m the first me. I can’t be myself, I can’t just be Idris Elba. But that’s just the nature of the business.

So Idris Elba has a point; he is fully aware of white defaultness and how it works in society.  Is his justification valid? Usually, black characters are written in as black. Luke Cage, War Machine, Blade, Spawn, and Shaft are all black characters, and it simply wouldn’t work if they were cast as white men.  Why? Because this white defaultness in reverse; while the “default setting” of characters is white, if a character isn’t it’s because it’s explicitly stated so.  Jim Rhodes for example, is specifically the “black friend” of Tony Stark; he will never be cast as a white guy (it is not a moot point that he was known as the “black Iron Man” when he wore the red and gold suit in in the comics).  Strange enough, while characters of color are usually written in to be so, white characters are usually not due to white being the “default setting” of humans in story.  While this allows people of color to be race-lifted into white characters, it doesn’t quite work the same way for whites to play people of color.

So we have a guy who despite a huge following, and calling, he does not want to be the “black James Bond”.  I understand his point; unfortunately in this world had he become the next Bond after Daniel Craig’s two more slated movies, everything he does would be attributed to his skin color.  Sad, because I have asked the question does one think our skin color translate to our characterbefore. I already know the answer despite no one answering.  Idris Elba does not want to be James Bond because he is fully aware that the masses cannot see PAST his skin tone.  This creates something looking like the prisoner’s dilemma; either you take up the mantle be the {insert ethnicity here} whatever, or you simply decline the option entirely.  Do you agree with Daniel Craig and Pierce Brosnan and suggest that a black James Bond is possible? Or do you believe that it can never be so?