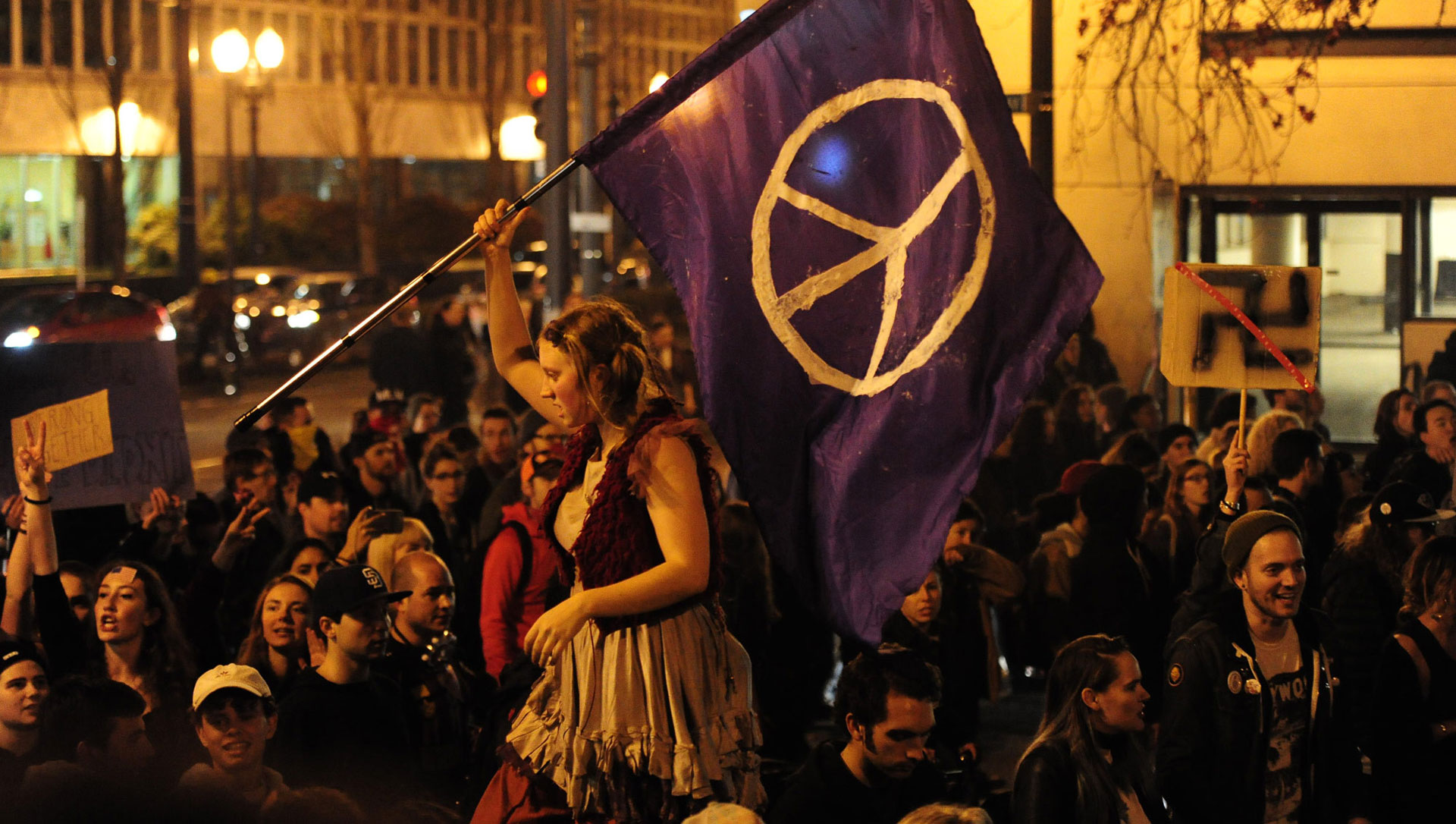 Dear Fellow Lefties:
Know Who the Real Enemy Is
United fronts aren’t about unity. They’re about survival. We have a lot of wounds to heal if we’re going to act in solidarity against what’s trying to kill us.

ike many of you, I spent most of Saturday, August 12th, shaking and grieving. For those involved with movement work, who have watched motorists menace and even strike protesters in the past, these events were not wholly surprising, but one doesn’t need to be surprised by a blow to be injured by it. The violence of white supremacy is always with us, but this weekend, those who would kill us if they could sought to show us that they can. They created a spectacle of hatred and violence to make themselves known and felt. And I know the next time a march veers off a sidewalk in my city, the image of those brave people, being thrown through the air, after being struck by a murderer’s vehicle, will be very much with us.

Everyone’s searching for something to do in this moment—links to share, a protest to attend, support to offer—and all of that work is very important, but as we carry out these very basic acts of solidarity, I would argue that a much larger task awaits—one that has long been ignored by most.

We have to get our shit together.

We must support those who were harmed yesterday, but the next order of business has to be bridging some of the divides we’ve allowed to form among us. I’m not saying we have to forgive every transgression, but we need some kind of lefty armistice between us if we want to fight our most pressing enemy. We have a lot of wounds to heal, and if we’re going to act in solidarity together against what’s trying to kill us, we need to figure out what can be healed, and what can be patched over for the time being, as unpleasant as merely patching a thing may sound.

You know that scene in the movie where someone says, “As soon as this is over … [insert threat]”? There’s a reason they aren’t settling their differences on the spot.

I have said it before, and I will say it forever: United fronts aren’t about unity. They’re about survival. And if we could table some of our angst for the sake of survival, we might just overcome some of our differences in the process—or not. But you know what? Living to fight another day matters.

Not everything we do in this moment will be revolutionary. Not everyone we build with will have their shit together. I am not saying we have to full-time hold our tongues, but if we continue to vote people off the island over every fuckup or personal beef, I fear for us. I’ve watched leftist communities get smaller and smaller, and the connections between them dwindle, as every conflict becomes a condemnation. We no longer accept that we are just people, flawed in everything we do. We no longer acknowledge that we, ourselves, have been vehicles of harm and oppression. “Organizing” has become a weeding out process, when it’s supposed to be about building relationships.

A shrinking community is not going to overthrow anything.

Has the language of social justice been weaponized inappropriately?

In our current, fractured state, we are wholly unprepared to protect and defend one another. The battle lines are everywhere, when they should be squarely in front of us—between us and the fascists who would destroy us.

To be clear: I’m not here for scapegoating “identity politics.” Has the language of social justice been weaponized inappropriately? We all know it has, but that doesn’t mean that conversations about identity and intersectional struggle aren’t wholly necessary. Any necessary idea can be taken to an unproductive extreme. Call-outs sometimes have to happen, because harm needs to be interrupted, but they should not be our default response. Because if we disavow everyone who doesn’t get it, we will have a pretty small army—and those who remain will still be ripped apart by grudges, rumors and unforgiving attitudes.

So many people and groups have been disempowered by the clubhouse politics of leftist movement spaces.

And liberals, you all are some of the worst movement critics of all. Harping about “purity politics” when yours is just another form of “purity.” If yesterday didn’t teach you to stop busting out your critiques of antifa, BLM, window-breakers and monkey-wrenchers, you need to spend some time on yourself. If you think those people are your enemies, or where your critique ought to fall in this moment, you have a lot of confusion to overcome. You are doing a lot of harm, both to individuals and to the possibility of a united front, every time you take aim at resistors. And when you vilify us, you validate the violence inflicted upon us by the state and others. So stop. We are not the problem. We did not put this man in office. We are fighting for our survival against a force that is clearly bent on killing us. Standing on the sidelines, acting as a critic in those moments is not a good look.

I am not trying to give out hall passes here. I want people to be held accountable. But I want us to find language and ways to hold each other accountable while still trying to get work done. I want answers other than voting people off the island. I want people who say they believe in transformative justice to do more than gossip about the organizers who’ve offended them. Whether that means having coffee with someone, to talk through the things that haven’t felt right, or creating intentional spaces for larger dialogues, it’s work that has to happen. Healing and building are where the bulk of our energies belong right now, because getting our shit together is a task more important than any one action, and in this moment, I am terrified of what failure looks like.

Kelly is a queer Native writer, organizer, and movement photographer. She is also a direct action trainer and a co-founder of The Chicago Light Brigade and the direct action collective Lifted Voices. She is a contributing writer at Truthout and blogs at TransformativeSpaces.org, where this article originally appeared, about U.S. movements and her work as an organizer against state violence.