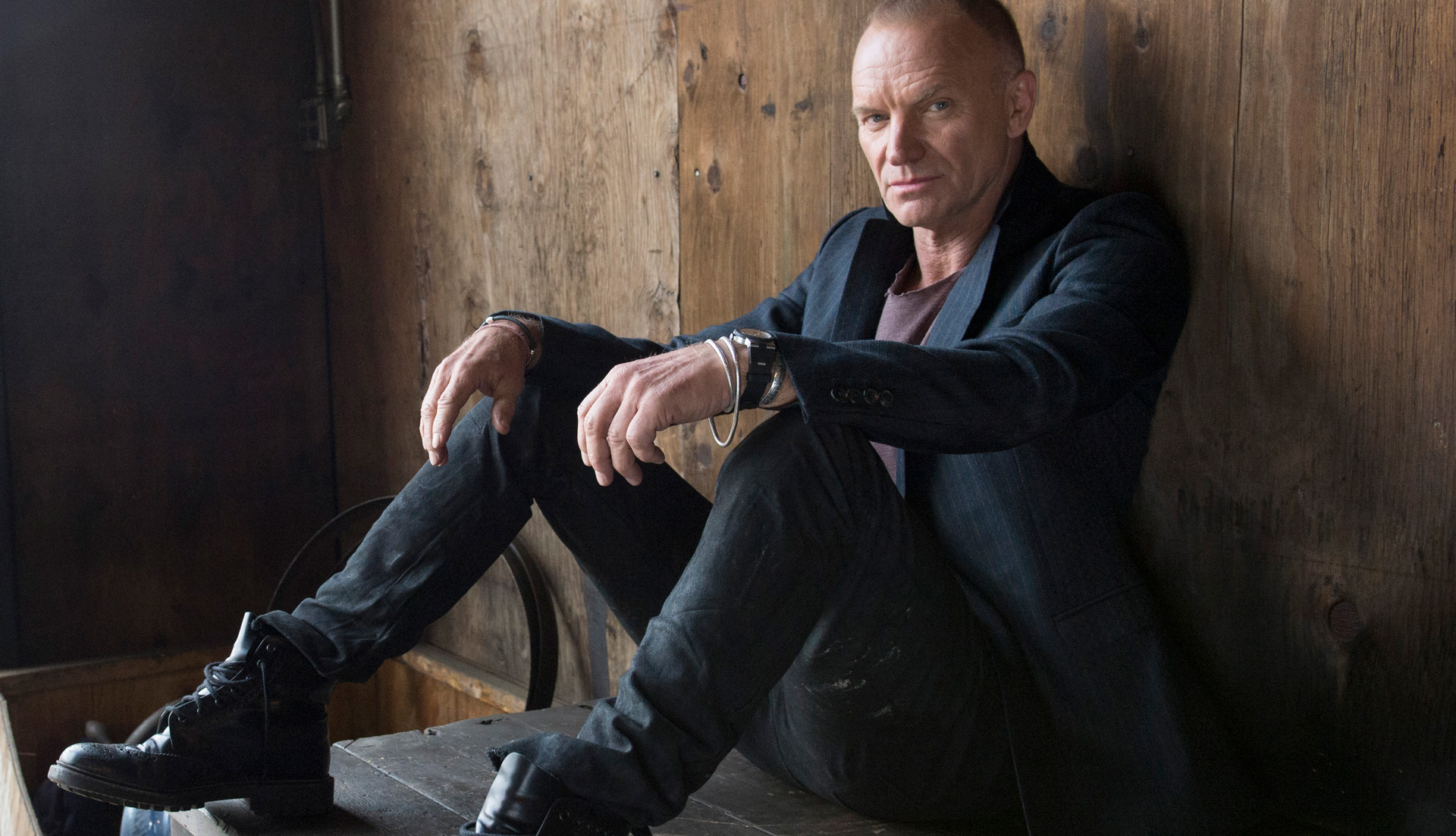 Sting new album My Songs, contains “re-imagined” versions of some of his favorite Police and solo compositions.

H e spoke about how the idea came to him after reworking his song “Brand New Day.” In a recent interview with Billboard, he said, “I’m constantly tinkering and I’m always wanting to make the songs as contemporary as they can possible be, because I think they are good songs. Sometimes songs are identified by the technology they were recorded with – recording techniques, the sound of synthesizers or the drum sound. They all date a song, so we just want to re-contemporize the stuff.”

He said the new album made use of both old and new recordings, with arrangements based on how the music had evolved during live performances over the years.

“My voice has more interesting overtones than it did when I was 25,” he noted. “It’s a less pure sound, but I think it has this richness to it. The songs change every night when I sing them, and I’m always hearing something I haven’t actually discovered there. It’s discovery within that repetition too.”

However, Sting didn’t expect to continue down the path of retrospective work. “”I’d like to make something totally new,” he said of his next studio project. “I don’t know what that is, what it sounds like or what it looks like. I just have to trust that the muse will appear. … You always think that the last song you wrote is the last song you’ll ever write — which is probably a good way to think.”

His career began as he worked nights and weekends playing local clubs while going to college then working as a schoolteacher. When The Police formed, his career took off. His first solo concert, however, showed his social convictions as he performed for four straight nights at an Amnesty International benefit series. Sting addressed “growing feeling of hysteria” during the Cold War with his song “Russians” which has the line “if the Russians love their children, too.”

Sting continued throughout the 80s working with Amnesty International. In 1988 he wrote the song “They Dance Alone,” about the women in Chile who protested the disappearances of their loved ones by dancing alone at public events. He later performed that song in Chile and Argentina, dancing with many of those women on the stage. In 1989 under the sponsorship of Amnesty International Sting joined many other musicians including Peter Gabriel and Bruce Springsteen on a 6-week tour “Human Rights Now” to commemorate the 40th Anniversary of the Universal Declaration of Human Rights.

Sting has been a regular fixture at rock benefits such as Band-Aid’s “Do They Know It’s Christmas” for Ethiopian famine relief and then the global Live-Aid concert. He has used his music to support causes from the rainforest in the Amazon to aid to families of the 9/11 victims. At his concerts Sting continues to weave songs with peace and justice themes into his other hit tunes.