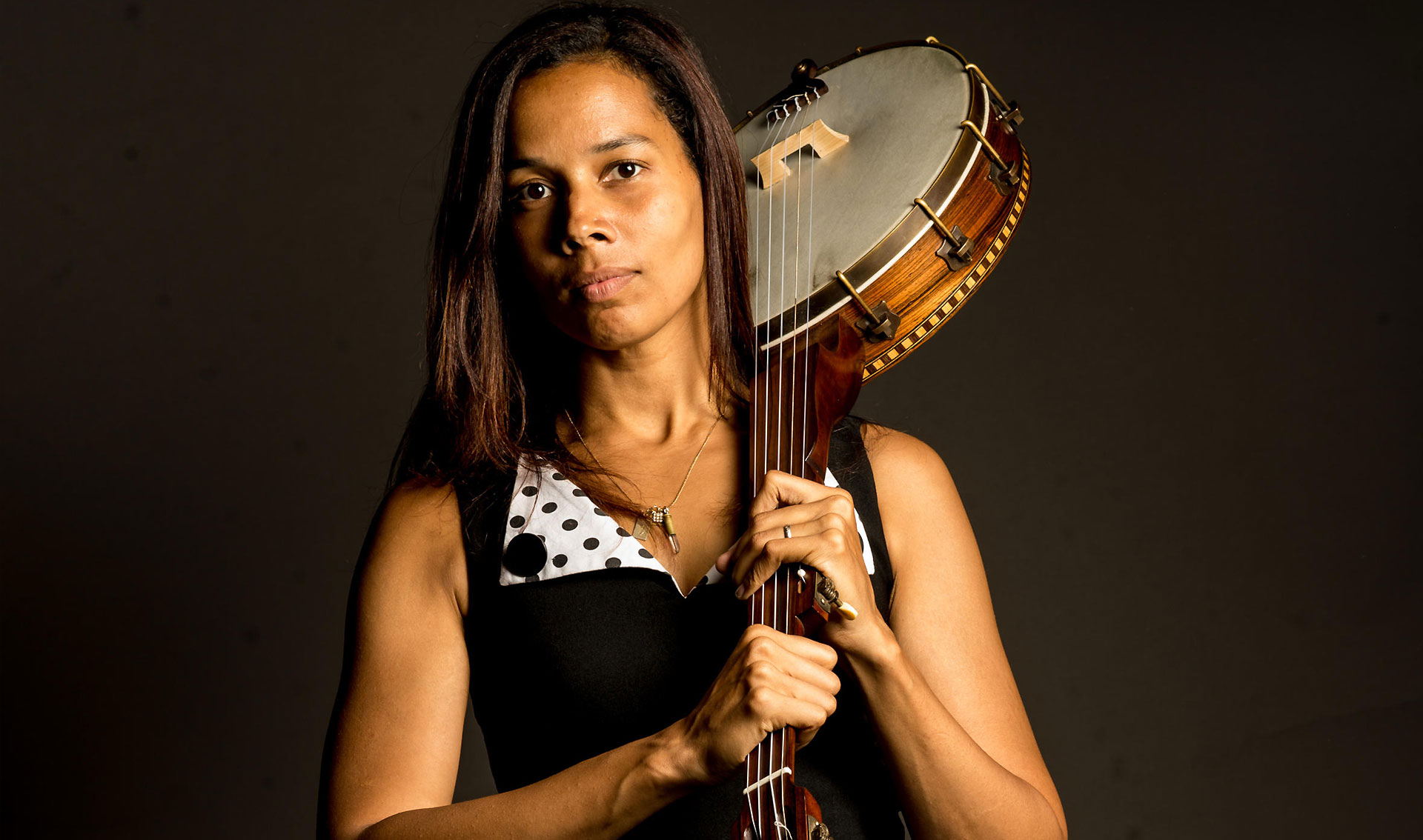 reedom Highway is Grammy Award-winner and 2017 Grammy nominee Rhiannon Middens’ follow-up to her highly praised debut album Tomorrow Is My Turn. Giddens has always been keenly aware of the arc of American history – the Carolina Chocolate Drops, the 2000s band she once led, was designed as a critique of the darker moments of Americana – but Freedom Highway, her second solo album, puts her intent into perspective. Where her 2015 solo debut, Tomorrow Is My Turn, was essentially a covers album, gaining its importance through context, Freedom Highway relies on originals, but the past is never far behind. This should be expected from Giddens, who is at her core a folk artist building upon – and expanding – tradition, but it’s still startling to realize how she establishes a vernacular at the outset of Freedom Highway, then explores all of the possibilities of African-American folk music on the album. “At the Purchaser’s Option,” the song that inaugurates Freedom Highway, explicitly evokes slavery, and it’s spare and haunting, standing in contrast to the title-track closer, a funky number that illustrates how far African-Americans have traveled during the course of the history of the United States.

Throughout Freedom Highway, Giddens plays with this idea – how oppression gave way to freedom – and it’s not just through her lyrics, but how the music expands as the album reaches its conclusion: at the outset, it seems austere, but by its conclusion it’s a robust celebration of all the weird, wonderful parts of America. This isn’t an accident. Freedom Highway draws upon deep American traditions, and while its form may be a throwback, it speaks to a time when the phrase “Black Lives Matter” can be seen as controversial and, in doing so, it illustrates how these issues are deeply ingrained in American life and cannot be forgotten.

What Giddens has done on this collection of twelve songs, ten originals and two covers, is assemble a cultural/social/political history of African Americans in the United States. From slavery through the civil rights movement of the 1960s to the present day she recounts, through song and music, events and personal stories which have shaped this history. However, these aren’t just political songs, they are also an amazing collection demonstrating the diversity of music that has sprung from this culture over the years.

There aren’t too many artists out there who can set themselves a task as complicated as this and not only achieve it, but do so in a manner where the artistic expression is equal to the content of the material. Musically the album ranges from the soul/rap of the fifth song, “Better Get It Right The First Time” to the country sounds of “The Angel’s Laid Him Aways”, the disc’s second track. Combined with the New Orleans sound of “The Love We Almost Had”, the gospel “Birmingham Sunday”, and the near bluegrass rattle of “Following The North Star”, the album covers almost the entire spectrum of American music.

Of course while the music is wonderful, the centrepiece of any Giddens album will always remain her voice. Her range, control, and expression are befitting someone who went from schooling in opera to playing in the old time African American string band, The Carolina Chocolate Drops. She has the uncanny ability of being able to bring the listener into the heart of a song. Through her empathy and compassion we feel the myriad range of emotions she’s expressing.

This can make for some heartbreaking experiences. The opening track, “At The Purchaser’s Option”, is both a lament and a statement of defiance told from the view of a young female slave. Based on a old advertisement offering a young slave for sale and her nine month baby, available at the purchaser’s option, the song brings the dehumanizing reality of slavery home with a vengeance. “I have a babe but shall I keep him/Twill come the day when I’ll be weepin’/But how can I love him any less/This little babe upon my breast/You can take my body/You can take my bones/You can take my blood/But not my soul”

While all the songs on the album are wonderful, and no matter how many times you listen to it you’re more than likely to hear something new and breathtaking each time, the two covers, “Birmingham Sunday” and the title track “Freedom’s Highway” stand out. The former is about the terrorist attack on an African American church in 1964 that left four children dead during the height of the civil rights movement while the latter is a Staple Singers song from the same era about the need for perseverance in the march for freedom.

Middens performs this song as a duet with Bhi Bhiman, whose parents were born in Sri Lanka: “America’s strength are her people, whether they came 4,000, 400, or 40 years ago, and we can’t leave anyone behind” (Rhiannon Giddens). Maybe not a message some people want to hear, but a timely one all the same.

Freedom Highway is one of those amazing rarities, a politically charged and artistically refined album. The music is spectacular, the lyrics are beautiful and inspiring, and the singing is as glorious as you’ll hear anywhere. Giddens proves once again she is a force to be reckoned with – musically and otherwise.