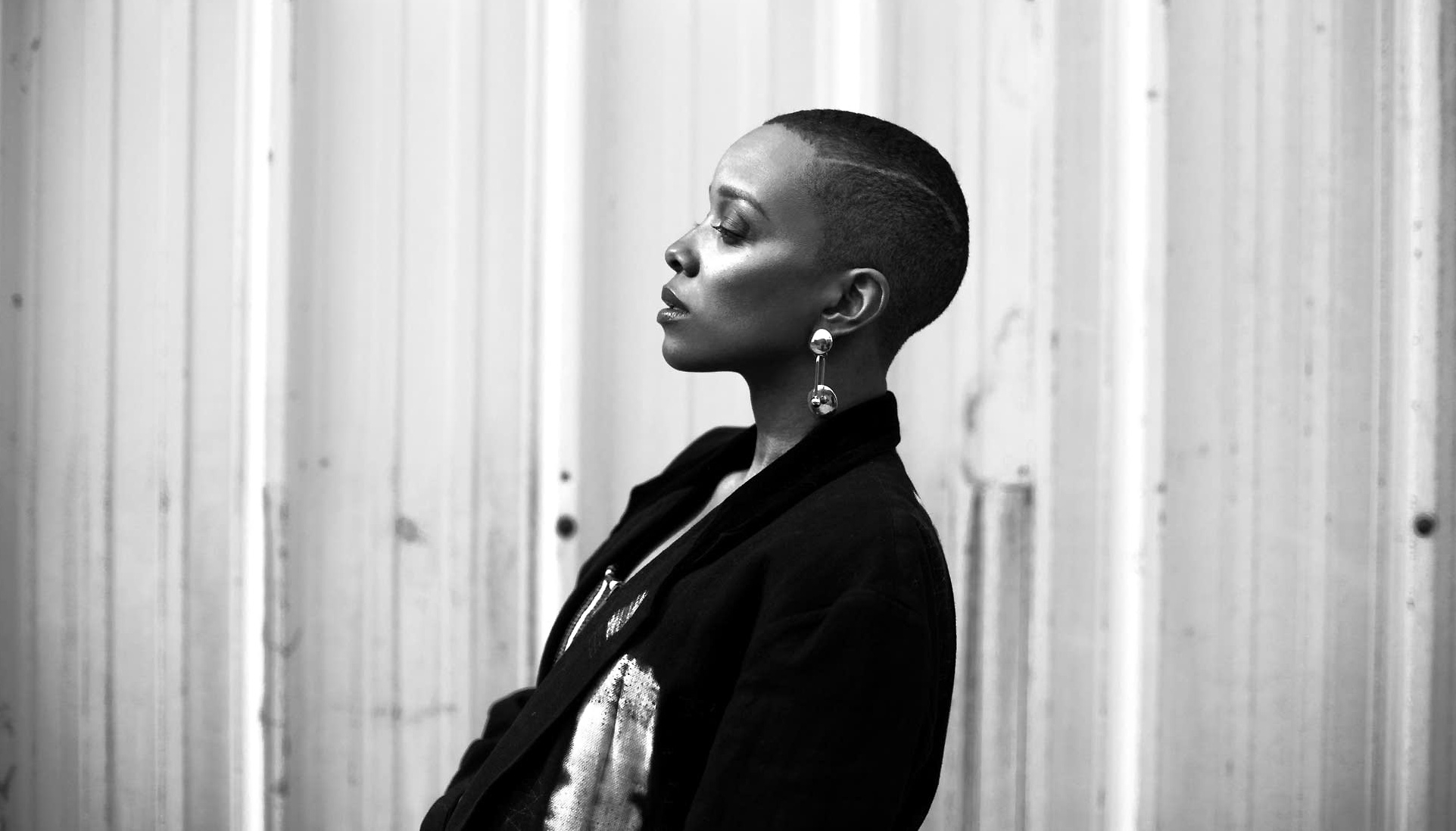 With her LEGACY! LEGACY! album out, the talented Jamila Woods reveals another soulful offering from it in the form of “Baldwin.”

Like its predecessors, the track is named after an influential Black figure. “‘Baldwin’ is a song inspired by the work of James Baldwin, particularly the ‘Letter to My Nephew‘ in his book The Fire Next Time,” Woods says. “He had an incredible ability to speak about whiteness in a way that was hard-hitting and nuanced, and delivered some of the most elegant reads to white America, providing me a lens to think about how I see whiteness at work in my world today.”

Each song on the LEGACY! LEGACY! album was inspired by a black icon. It was to include the Nikki Giovanni tribute Woods released last year after signing to Jagjaguwar as well as one dedicated to Zora Neale Hurston.

Back in 2017 the European tour of Jamila Woods did not start without a struggle. A band member forgot to check the validity of his passport. It turned out to be expired. A new visa had to be arranged headlong. Tired of the delay and shivering with cold, Woods comes running for our interview. We get a weak hand before she flees her dressing room. The tour manager sighs. “Fortunately we are not in Japan,” he jokes. A little later we are allowed to sit in her dressing room in Paradiso with the then 28-year-old American, who with the album HEAVN delivered a true gem within the neosoul, has also been officially released in Europe for some time. “If I am stressed I will block. The moments when I really create something are always moments when I can let go of the stress”. She already does that at the first question, because Jamila and I share something.

We have the same profession. We both teach youth. “Really ?! That’s Awesome!” Jamila’s eyes grow wide and she laughs. “Do you like it? When I was still in high school, I participated in an after school project, where you could develop your talents. I got teachers in which I could identify myself. Young people, mid-20s, black and working as an artist. I was touched by poetry, got involved with the extensive poetry network in my hometown, Chicago. Eight years ago, just after my studies, I was asked to give lessons and to supervise other teachers. I think it is beautiful. Teaching keeps me sharp as an artist. I can’t be lazy. Students often have nothing to do with poetry or music. You have to explain why you love something; they motivate to read, learn to read poems and learn new ways of thinking. “

Driven teachers, with a heart for the business. Do you want that as much as possible? The great thing about teaching thinks the undersigned is that you can let students look differently and therefore show more. I hope to achieve that. “A good teacher is someone who admits not knowing everything,” Jamila adds, “and thereby getting the best out of the other person. The best teachers taught me that there is already a great artist in my own story. I don’t need to know everything, and I can trust what I already know. The same goes for poetry and art: you already have enough life experience that is worth sharing. Everyone, including me, sometimes thinks “my life is boring,” but the best teachers told me it was wrong. “

It is only part of the life of Jamila, who, in addition to teaching, is working hard as a solo artist. Both jobs are united by their social commitment. “Music is something very universal. It can be a tool to open new worlds for people. My students are often insecure. They think: I don’t understand this, I can’t read this, but if you give them a song, they’ll talk in full.” In 2016, Jamila released her own songs on bandcamp. HEAVN offered them various record deals, but Jagjaguwar won the main prize. A striking choice, because with Dinosaur Jr., Black Mountain and Bon Iver as heavyweights, it is primarily a guitar label. “That’s right,” Jamila nods, “but slowly they are trying out more genres. At Jagjaguwar they let artists go their own way. It feels like a place where my creativity can run free. Look at Bon Iver, you can’t even pronounce his album titles! They are just mathematical descriptions. “

HEAVN quickly became an internet hype. Rightly so, it is a very rich album, full of details, textual ingenuity, and surprising twists. Although her prominent contributions to The Unruly Mess I’ve Made by Macklemore and Coloring Book by Chance The Rapper will also have contributed to her fame. “Chance and I met at the place where I now work (Young Chicago Authors – ed.). We were put on the same project after our studies. Then I played in a band, M&O, for a while. I asked if he wanted to catch a fresh one of our song. “Sure,” Chancelor said, of course he wanted to, but he didn’t have enough money for the bus. Then we went to pick him up. His major breakthrough was exciting, but not surprising. You know, when you grow up with open mics you see so many good artists. Saba, Noname, Mick Jenkins, we are often a fan before they embark on their projects. Some of my favorite songs are only on Soundcloud, I can’t even share them. Those artists could all be great. “

For its international release, Woods changed the HEAVN tracklist, forced and almost unnoticed. “You hear a different version of Holy. Because we did not have the rights of a sample, we had to use the original. Some of my students can also be heard on the record. The spoken interludes, they are. I asked them questions, they recorded the answers via their iPhone. Those answers were great and helped shape my record. Kanye West changed art because he wanted to, I had to because of a sample. But it is an interesting concept, an interesting challenge. As an artist you have to set limits. I can make my record better now, but a record is also a good reflection of how an artist sounds at some point in their lives.

At this moment in her life, Jamila can continue as a protest musician. At least, that’s how many people describe her songs, including Jamila herself. “It just depends on the significance you give to protest music. Many protest musicians try to push the movement forward. They are tired of society, no longer thinking of themselves, but only of the environment. With protest music I am thinking of healing, support. Martin Luther King’s favorite song was Precious Lord, a very slow, soft gospel song. But it is a protest number! I try to do that too. The best protest music I know is Conversation Piece by Stevie Wonder. He tried to make things negotiable. People don’t expect that from him, they are good songs, but the words go deeper. Kendrick is also so powerful. “We’re Gonna Be Allright”, a mission of its own in the world. It really makes people visible. “

That is desperately needed. Jamila Woods is from Chicago, where racism continues to play a major role. “People often say,” you have to go in summer, you’ll fall in love with Chicago. “You have many neighborhoods. They all have their own character. Some have a head start: better jobs, larger network. In other neighborhoods this is not the case and there are significantly more police officers on the street. There is a form of violence and racism that is normalized. It is constantly being discussed, but nobody is doing anything about it. Do you know my LSD number? In it I sing about an old-fashioned myth. Slaves were transported across the Lake, but they jumped out of the ship. People say they are still alive. Underwater. They created their own world, living and breathing underwater. I love that. My album cover was shot there; a black magical creature, rising from the water. “

Sad to note that racism still plays a significant role in the lives of many people. Jamila sees it. Both consciously and unconsciously. Unconsciously, as in the neighborhoods, but certainly also consciously. “I was recently out for dinner, and I was with two white people. The waiter was unprecedentedly rude to me. He dropped out at me and didn’t answer my questions. At moments like that, it feels like I’m crazy. But unfortunately, this still happens very often. Fortunately, things like this are now coming to light. Donald Trump makes statements towards Muslims and immigrants who are quite extreme. People who never thought about racism, who do not know that it is everywhere, are now made aware.

Jamila is a thoughtful soul. Not just in her music and poetry – with its emphasis on black ancestry and feminism – but in the way she acknowledges those that came before her, her native Chicago, and the young people there that she teaches. Part of a poetic and soulful local sound alongside Chance the Rapper and Noname (she’s worked with both), her mission is to champion forgotten voices in black art by building on the legacies they left behind. Woods is not just a poet, musician or youth worker but a beacon for self-empowerment in a city that gets a bad rep for violence.