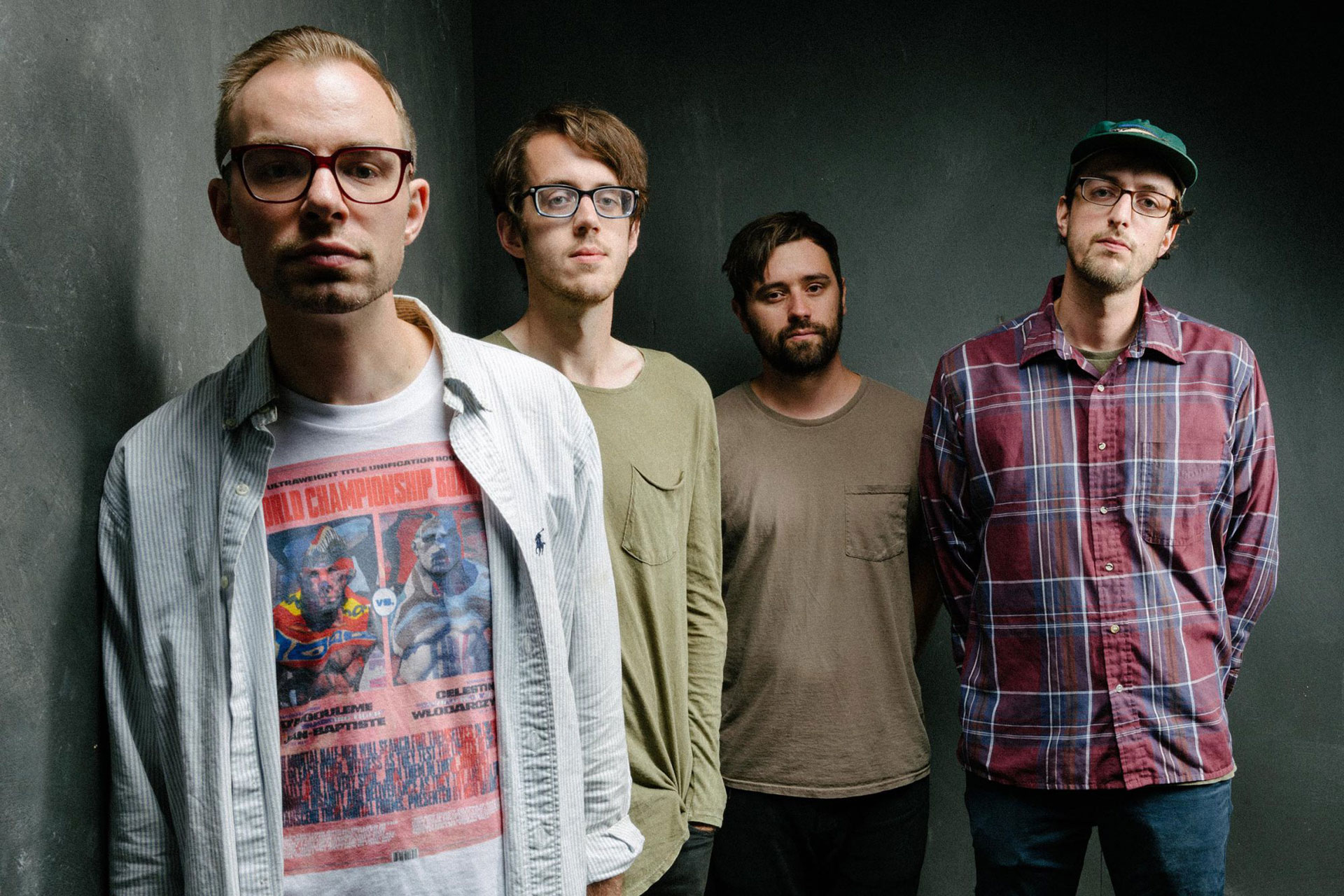 Cloud Nothing – Life Without Sound

One of the most anticipated new albums of 2017, Ohio indie rock band Cloud Nothings deliver again in a big way with the drop of the band’s fourth full-length release, Life Without Sound.

he album is a blast from start to finish, full of upbeat and blazing songs all of the way through; we love the cheery, excited, fuzzy, lo-fi guitar riffs and impossibly seductive hooks, accompanied on sing-a-long choruses, backed by booming drums and crashing cymbals, and more bright guitars on songs like the riveting opener, “Up To The Surface,” the big and excited melodies “Modern Act,” and the irresistible power pop radio hit “Sight Unseen.”

The seven and eight-minute noise jams of yesteryear’s Cloud Nothings has been replaced by more, shall we say, radio-friendly (alternative radio) songs that are more neatly packaged and disciplined. The results are remarkable.

Other standout tracks (we love almost all of them!) include the Cheap Trick-like, potential summer anthem, “Things Are Right With You,” the punk/power pop drive of “Internal World” and the Nirvana-like urgency and fuzz guitars on “Darkened Rings,” and the slow burn to full throttle of “No Known Drink or Drug,” among many others. Cloud Nothings’ new album shows a band that is earnest and maturing; they are more confident and focused on what they want and where they want to go than ever before on Life Without Sound – it’s triumphant, clever, surprising, unassuming and a fucking blast from start to finish; long live rock and roll!

Cloud Nothings was founded in a Cleveland basement, the one-man recording project of Dylan Baldi, an unassuming, then 18-year-old student of song with a remarkable ear for melody. Prolific from the start, Baldi’s early work was rough but immediate: crudely recorded, spring-loaded spasms of Buzzcocks-informed pop that quickly found an online following among the lo-fi-inclined. When an opportunity presented itself to open a small show in Brooklyn, Baldi abandoned a still-in-progress final project to be there. The gamble paid off.

In 2010, Carpark unveiled Turning On, a retrospective introduction that combined early 7″ singles and the full-length debut (a limited release on cassette and vinyl) from which it took its name. The following year, Cloud Nothings made its proper Carpark debut with a thrilling self-titled LP that found Baldi in a studio for the first time, shedding the many layers of hiss and distortion that had once obscured (or enhanced) his every hook. What followed was an unexpected breakthrough, 2012’s Attack on Memory, an album that very loudly (with the help of producer Steve Albini) announced the arrival of Cloud Nothings as the sound of more than just Baldi: Caustic and cathartic, it marked the first time Baldi wrote with and for his longtime touring band, drummer Jayson Gerycz, bassist TJ Duke and since departed guitarist Joe Boyer. While its rightly acclaimed and hastily recorded follow-up, 2014’s Here and Nowhere Else refined and expanded upon the volcanic interplay that galvanized its predecessor, it also found Baldi realizing his potential as a singer and the leader of an undeniably great rock band.

Which brings us to Life Without Sound, his most polished and outwardly reflective set of songs to date. Workshopped over the course of a year with his bandmates, it’s an album rich in both worldly insight and incandescent detail. Smart, nuanced, and immensely listenable, this is guitar-driven pop as it should be—conceived by a songwriter who continues to sound like one of the finest of his generation.