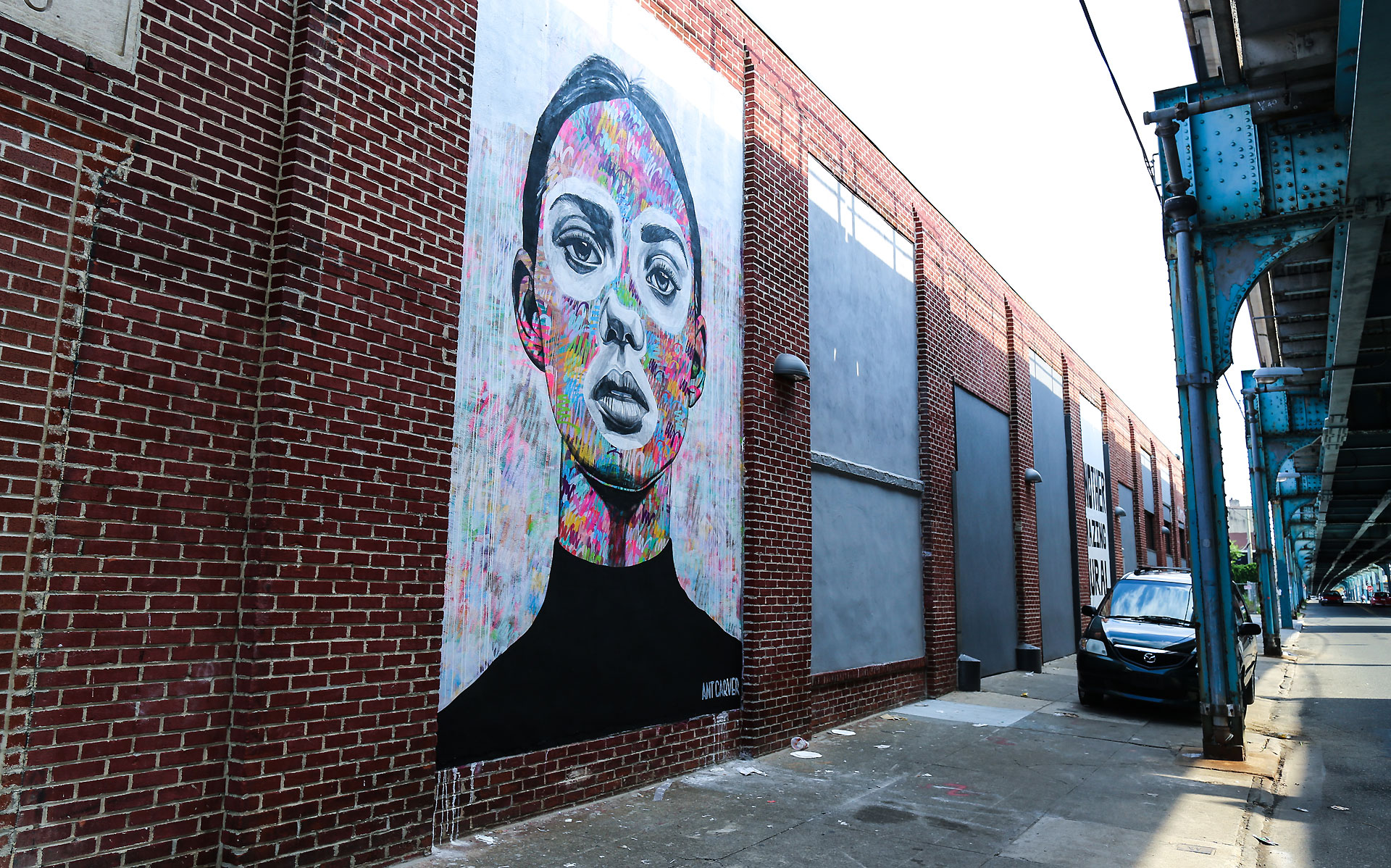 Philadelphia Spreads Opportunity to All Corners of City

or decades the “Philadelphia Story” was about steady economic decline.  That story is being rewritten today as many Americans rediscover the advantages of cities—inviting public spaces, rich cultural diversity and a creative environment that fertilizes start-ups and attracts talent.

Young people, in particular, are moving here in droves, realizing they can enjoy the same kind of urban amenities as New York, Washington or Boston. New Americans immigrating from other nations also contribute to the city’s growth. But so far Philadelphia’s comeback is limited to certain parts of town.  “We have one of the highest infusions of Millennials coming here, but also some of the highest rates of poverty and economic segregation,” observes Parks Commissioner Kathryn Ott Lovell.

Refusing to accept these disparities as inevitable, local leaders formed the trailblazing Reimagining the Civic Commons initiative three years ago to show how growing prosperity can be spread more widely throughout town— a strategy now being applied in Chicago, Detroit, Memphis and Akron.

Philadephia’s Civic Commons push began as a partnership among two foundations—William Penn and Knight—working with non-profit organizations, city staff and citizens to improve public assets like parks and libraries. The idea is that strengthening civic commons—which means shared places belonging to everyone—can lay groundwork for economic and social opportunity in surrounding neighborhoods.

This is not doing something for the community, it’s with the community, stresses Shawn McCaney, Executive Director of the William Penn Foundation. “Everyone doesn’t walk away when the last brick is laid. The people living in these neighborhoods have been involved in this work, and they are the people who will be maintaining these projects. It’s about reenergizing the community—that’s the only way things are sustainable in the years to come.”

“Investing in civic commons is one way we can improve the city for everyone.  Studies show how better public spaces improve crime and economic development,” adds Ott Lovell, who was in the thick of Civic Commons planning as Director of the Fairmont Park Conservancy, a civic group supporting public parks.  “When you make a place more inviting, it helps out local businesses, it creates healthier communities, it changes the way people relate to one other.  In fact, it’s hard not to interact with people in a place like a park.”

Philadelphia’s Civic Commons  focuses on five public spaces shared by the whole city, which are located in or near disadvantaged communities: 1) a nature and youth leadership center being built by Audubon Society and Outward Bound; 2) an urban trail connecting 10 diverse neighborhoods; 3) a new bike and pedestrian path linking America’s oldest botanical garden with the rest of the city; 4) a cluster of three recreation facilities on the site of Philadelphia’s 1876 World’s Fair; and 5) a library expansion and new park in the heart of racially mixed neighborhood.

With the promise of these projects beginning to shine, the City of Philadelphia is launching a major expansion of the civic commons by investing $500 million to reinvigorate parks, libraries, playgrounds and recreation centers. Called Rebuild, the program is a cornerstone of Mayor Jim Kenney’s goal to “move all of Philadelphia’s neighborhoods forward”—and paid for in part by a new tax on sugar-laden drinks. It’s notable that while “soda taxes” have been rebuffed elsewhere (including Michael Bloomberg’s unsuccessful push in New York City), linking the tax to the popular idea of strengthening civic commons got the bill passed in Philadelphia—the first big city to do so.

The Civic Commons project made Rebuild possible.  It was the proof of concept,” declares Philadelphia’s Managing Director Michael DiBernardinis, who was Parks Commissioner before becoming the City’s second-in-command last year.

“The power of the civic commons is that it builds community pride and resilience,” he explains. “It’s not just building a park; you are also building social justice, civic engagement and economic opportunity.”

DiBernardinis describes the Civic Commons as a “new social compact” between city and citizens.  “If a community wants more sports programs we will help, but it’s up to them to provide coaches and other things that will make it succeed,” he says. “It’s about stewardship of what we have built together.”

“Civic commons are valuable assets that we already own and want to reimagine for the benefit of everyone,” explains Carol Coletta, who helped start Philadelphia’s Civic Commons initiative while at the Knight Foundation and now leads Reimagining the Civic Commons as Senior Fellow at the Kresge Foundation.

Launched last year by the JPB Foundation, Knight Foundation, Kresge Foundation and Rockefeller Foundation working in partnership with local funders in Philadelphia, Chicago, Detroit, Memphis and Akron, Reimagining the Civic Commons’ mission is “to foster community, social mobility and economic opportunity by creating experiences and spaces where people of all backgrounds can exchange ideas and address common problems while making cities more environmentally sustainable in the process.”

“What can people can do together that they can’t do alone?”—that question is the essence of the civic commons approach to revitalizing neighborhoods, says Coletta. 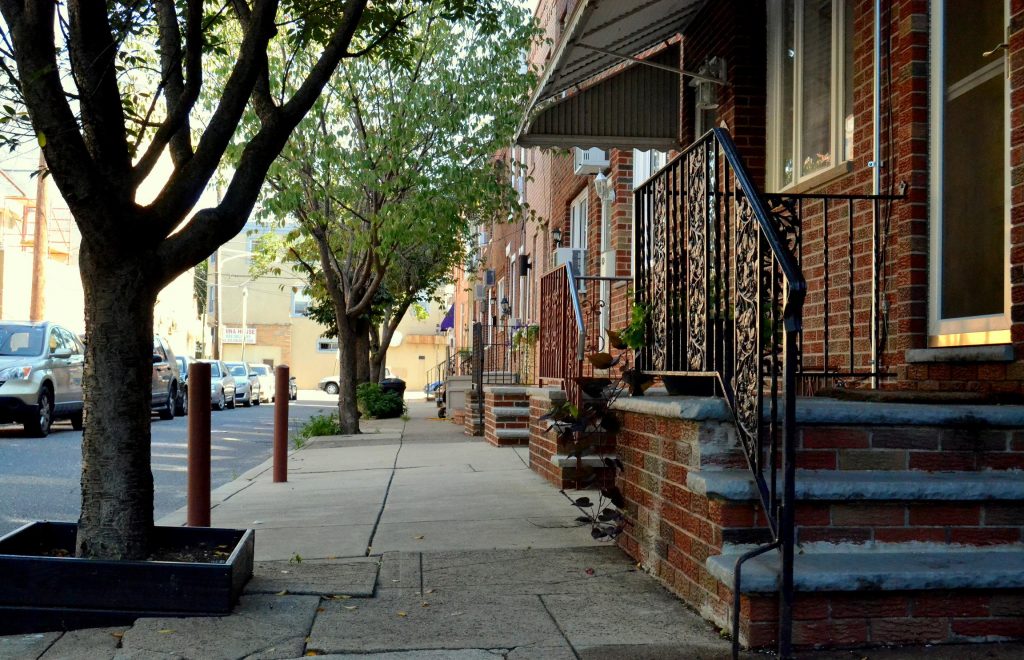 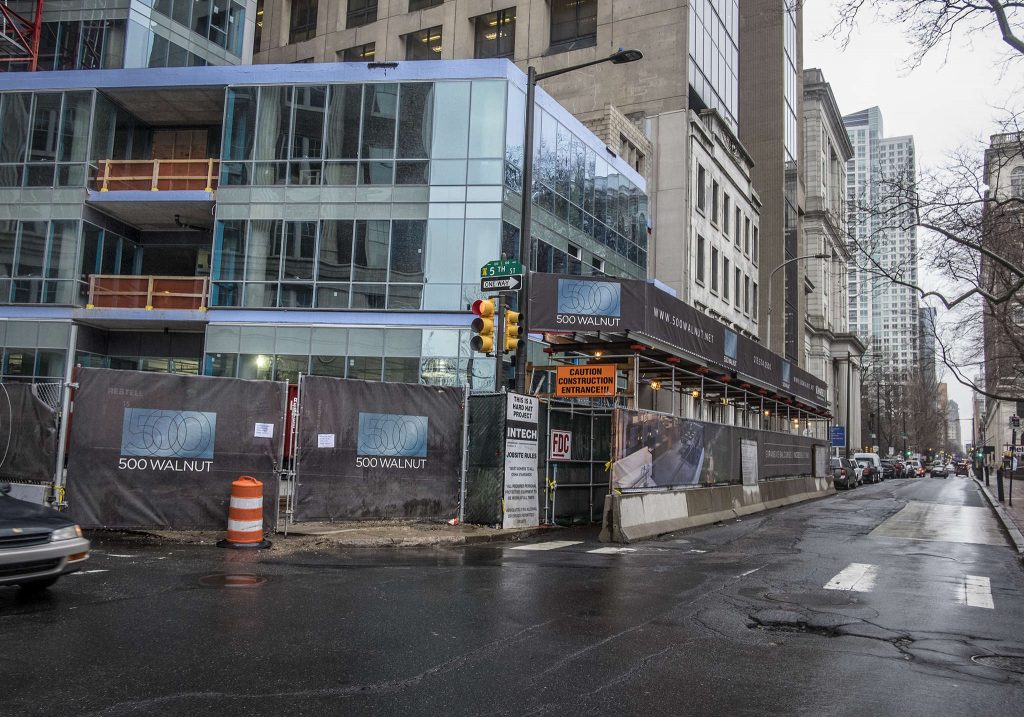 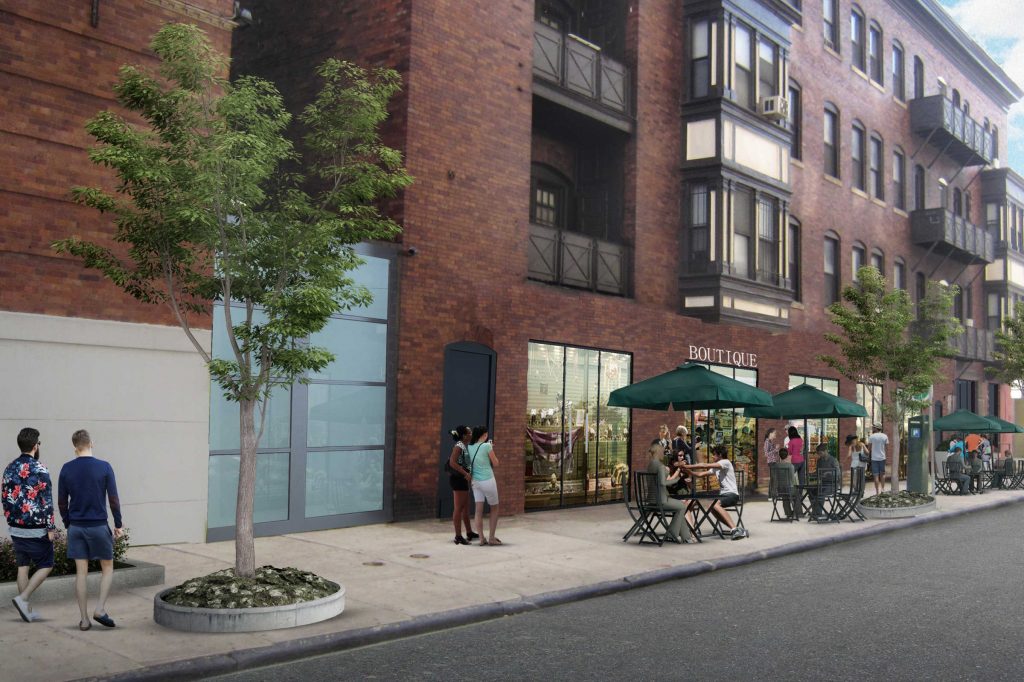 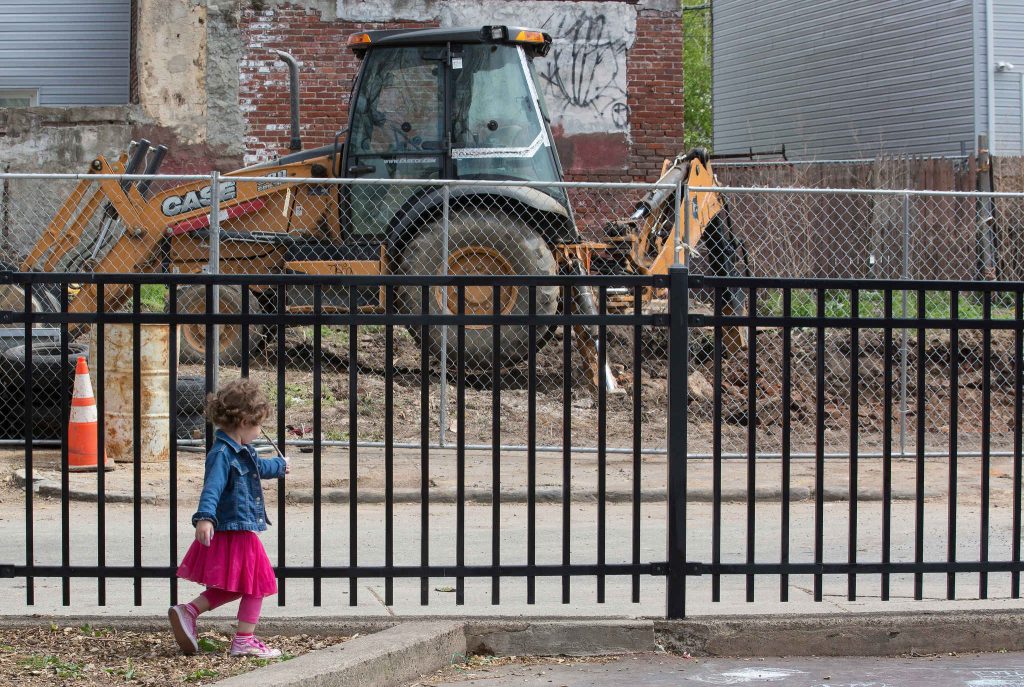 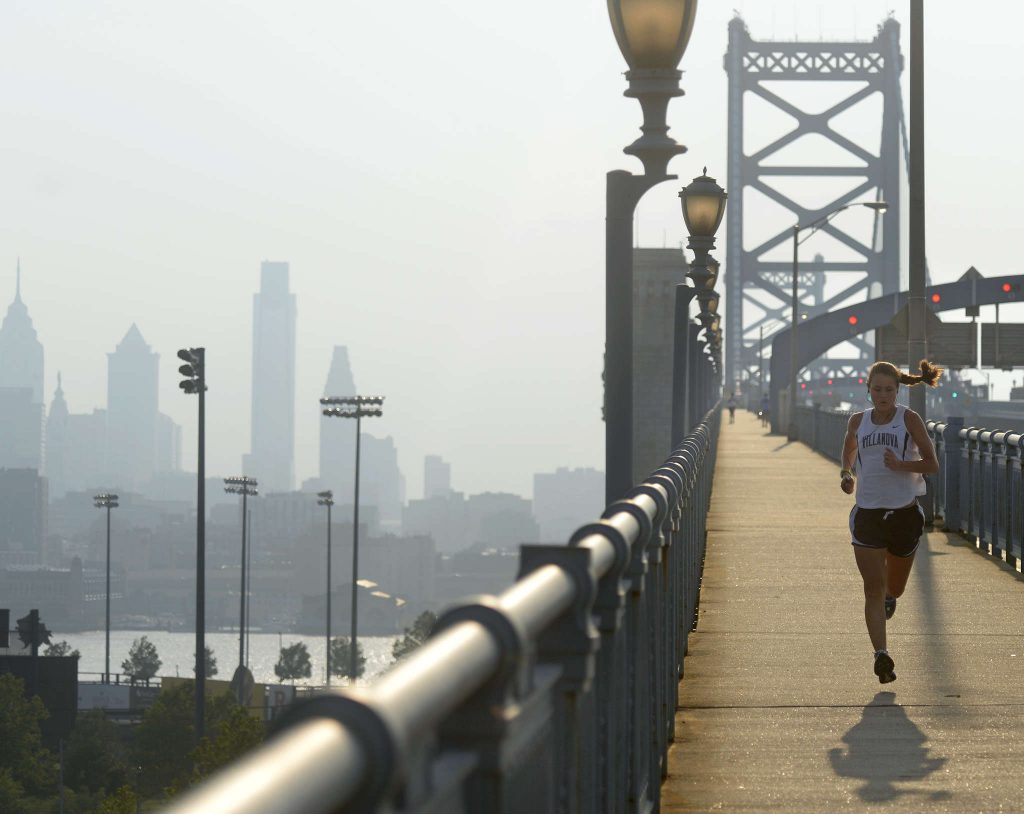 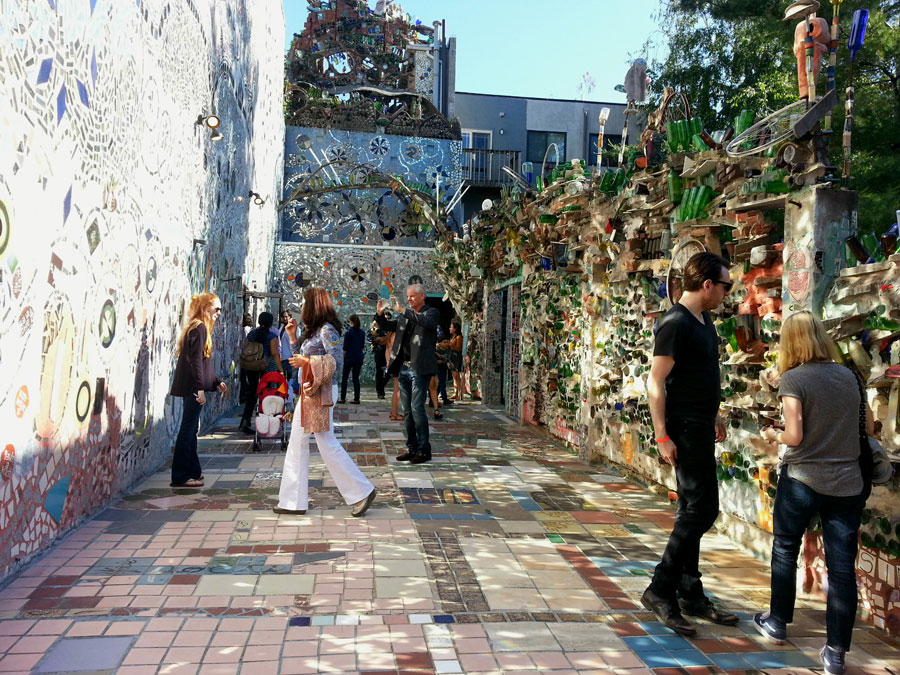 Reclaiming a Community Gathering Spot for Everyone

A 37-acre man-made lake in in Fairmount Park, fenced off for decades, will become Discovery Center—an education resource jointly run by the Audubon Society and Outward Bound offering nature and leadership programs for youth from across the city.

The nearby Strawberry Mansions community—a low-income area where handsome Victorian homes stand next to vacant lots—is working with the Discovery Center and Fairmount Park Conservancy to ensure local people feel welcome at the new $18 million facility. “It’s going to reengage a generation of park users,” says Tonnetta Graham, president of the Strawberry Mansions Community Development Corporation.  “And we are working to see that it will spark more private investment in our neighborhood without gentrifying it.”

Construction has begun on this one-of-kind park, transforming an abandoned rail line with an overhead viaduct, tunnel and open-air cut beneath the streets into a landscaped community hub.  Stretching three miles and linking diverse neighborhoods north of the Center City, it will be twice as long and twice as wide as New York’s High Line.

The Rail Park was conjured by artist Sarah McEneany more than 30 years ago, when she moved into the area. She shared the idea with friends and neighbors, slowly building support for a vision that many initially dismissed as pie-in-the-sky. One of the people she convinced was Melissa Kim, who worked with the Asian Arts Initiative at the time. “It’s a diverse area with homeless shelters and high rise lofts, Chinese families and artists,” Kim says. “The Rail Park can offer an amenity for people in these neighborhoods connecting them with each other and the rest of the city.”

Opening Up an Urban Oasis to the Community

Tucked away on the Schuylkill River lies Bartram’s Garden, the oldest botanical center in the Americas, founded by naturalist John Bartram (a close friend of Benjamin Franklin’s) in the early 1700s.  Every year, this 45-acre sanctuary attracts more than 50,000 school children and nature lovers from across the region. But until recently, lower-income people living nearby in Southwest Philadelphia seldom stopped in to explore its gardens, woods and riverfront.

“Local people tell me they thought it was just for gardening enthusiasts or that they did not feel welcome,” explains Bartram’s Garden Director Maitreyi Roy.  But that’s changing since the organization recently quadrupled its programming. The biggest change is the just-opened Bartram’s Mile, a riverside walking and bike path.  When a rail bridge refurbished for bikes and walkers opens next fall, connecting Bartram’s Mile with heavily traveled bike trails on the other side of the river, Southwest Philadelphia will feel less a sense of isolation from the rest of the city.  “It will be just a 20-minute ride from here to the Center City on park trails,” Roy says.

Centennial Commons commemorates the first US World’s Fair, which attracted 10 million visitors  and introduced bananas, popcorn and Alexander Graham Bell’s telephone to Americans on the 100th anniversary of the Declaration of Independence. A grand stone gateway and the fair’s art gallery, now a Children’s Museum, are all that’s left of the historic 1876 event in what’s now a sleepy corner of Fairmount Park.

The area is generally empty—except for the museum, which is pricey for neighborhood residents—because there’s not much to do here. The Fairmount Park Conservancy is working with the community make Centennial Commons feel more inviting. Initial plans, drafted after months of community-driven discussion, call for traffic calming on busy streets bordering the area, new landscape architecture and three deluxe recreation areas with climbing structures, nature attractions, a sprayground (think playground crossed with water park) and ice skating rinks. Neighborhood residents will be hired to work on the project and receive mentoring to help them climb the ladder in the construction trades.

The Mount Airy neighborhood in northwest Philadelphia—which is about 60 percent African-American and 30 percent white—is recognized as one of the most stable racially integrated communities in America. The Lovett Public Library has long been a spot where the whole community comes together—a distinction that is sure to increase next fall with the opening of a library addition featuring a larger children’s section, increased technology capacity, improved ADA accessibility and a teen center.  The library grounds will be upgraded into a full-fledged park, creating a lively civic center for Mount Airy.

Philadelphia’s Lessons For Other Cities

“We’ve had a lot of success with pop-ups,” notes Patrick Morgan, the Knight Foundation’s Program Director for National and Community Initiatives. “Let people do something and see what happens.” Because Philadelphia’s first five civic commons initiatives are lengthy undertakings, experimentation reassures communities that things are actually happening and turns up innovations that can be incorporated into the finished project.

The aim of Reimagining the Civic Commons is to repeat Philadelphia’s success while making adaptions based on what’s been learned, Coletta explains.  “For instance, we selected assets closer together to encourage cross-sector leadership, accelerate learning and save money. Collaboration becomes more natural when the assets are in close proximity.”

Philadelphia’s Civic Commons employs a number of tools to make sure grassroots people stay involved with the projects—which include forging strong connections to peers in other neighborhoods and organizations, and empowering them through new experiences and expertise. Mahar outlines three  programs in which more than 40 community organizations are involved:

“It’s the unmined gold in our cities,” declares Philadelphia’s General Manager Michael DiBernardinis. “That’s why we want to become the most civically engaged city in America.”

“We needed a grassroots, ground-up way of working to make sure improvements reflect what the people really want—that’s important because it’s how the community will take ownership of these places,” explains David Gould, who worked on the Civic Commons with the William Penn Foundation and is now Deputy Director of Community Engagement for the City’s Rebuild initiative.

Community engagement is the heart of civic commons work, adds Patrick Morgan.  “You don’t just invest in the places, but in the people who are doing the work. This takes the idea of engagement to a whole new level. You have an actual agreement between the city and the community around the unique needs of these places where people come together with people who aren’t just like them.”

Jay Walljasper, Senior Fellow at On the Commons and editor of OnTheCommons.org, created OTC’s book All That We Share: A Field Guide to the Commons. A speaker, communications strategist and writer and editor, he chronicles stories from around the world that point us toward a more equitable, sustainable and enjoyable future. He is author of The Great Neighborhood Book and a senior associate at the urban affairs consortium Citiscope. Walljasper also writes a column about city life for Shareable.net and is a Senior Fellow at Project for Public Spaces and Augsburg College’s Sabo Center for Citizenship and Learning. For more of his work, see JayWalljasper.com